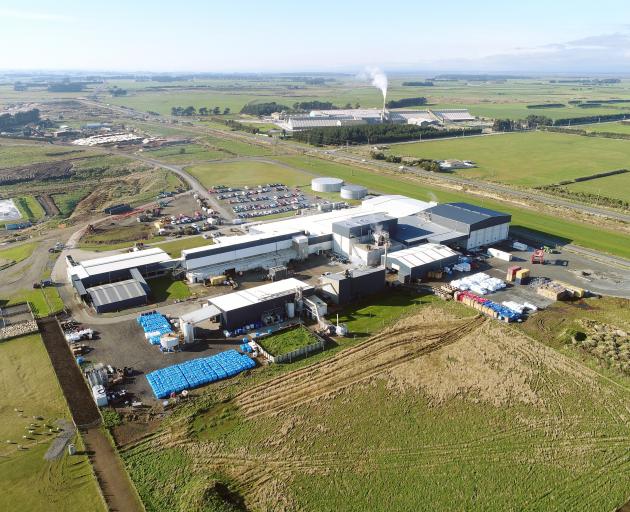 An aerial view of the South Pacific Meats site at Awarua in Southland. PHOTO: STEPHEN JAQUIERY
The overall value of New Zealand red meat and co-products exported for April might have been broadly similar to the same period last year, but the impact of Covid-19 resulted in changes to some major markets.

Analysis by the Meat Industry Association showed New Zealand exported $859million of lamb, mutton, beef and co-products during the month. Total exports to the United Kingdom were down 27% to $39.6million compared with last April, and down 30% to Germany ($22million).

There were also increases for other Asian markets, particularly Japan, with total exports up 66% to $46.8million and Taiwan up 36% ($36.4million).

Export values of both chilled sheepmeat and beef were down 35% on last April to $52.7 million for sheepmeat and 19 per cent to $30.1million for beef, reflecting the challenges of exporting perishable products during the trade disruptions caused by Covid-19.

However, exports of frozen sheepmeat were largely unchanged from last April at $300.7million and frozen beef exports increased 16% to $329.7million.

Japan was the stand-out beef market for April with exports worth $24.4million, up 87% compared to last April.

The beginning of April also brought further reduction on the tariff rates on beef into Japan under the Comprehensive and Progressive Agreement for Trans-Pacific Partnership (CPTPP), and the tariff savings on New Zealand beef exports to Japan now total about $32million.

ASB’s latest Farmshed Economics report said lamb prices looked to be "turning the corner" after a tough first half of 2020. While the price gain had been modest to date, the change in outlook gave the bank confidence that prices had turned.

"Notably, the worst of the drought is behind us, with the exception of perhaps Hawke’s Bay. The peak slaughter has also passed, and thus processing capacity is starting to free up. Finally, as more countries lift lockdown restrictions, global demand is set to rise," senior rural economist Nathan Penny said.

ASB was expecting "relatively healthy" lamb prices over the second half of 2020, although the bank doubted prices would challenge the highs of late 2019.