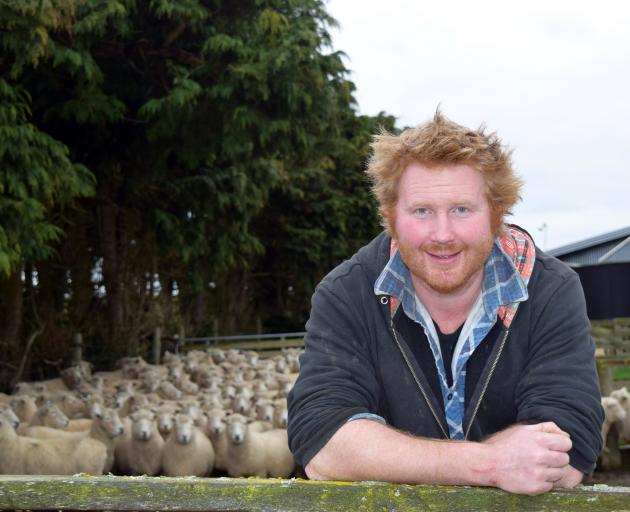 Will Orpwood Cattle & Sheep Scanning owner Will Orpwood takes a break from scanning ewes on a farm in Eastern Southland last week. PHOTOS: SHAWN MCAVINUE
As a dry autumn stunted grass growth, farmers were putting out the ram in parts of Otago and Southland. Reporter Shawn McAvinue speaks to sheep pregnancy scanners in the South about the trends emerging on their ultrasound monitors.

An awful autumn in the South has meant ewes carrying fewer lambs but farmers aren’t crying about it, a sheep pregnancy scanner says.

Wilkinson Animal Health Services director Sophie Wilkinson began pregnancy scanning ewes at the top of New Zealand in April and has been working her way down the country.

She was now working in the South and expects to finish about mid-August.

Scanning percentages had slowly dropped as she worked her way South. 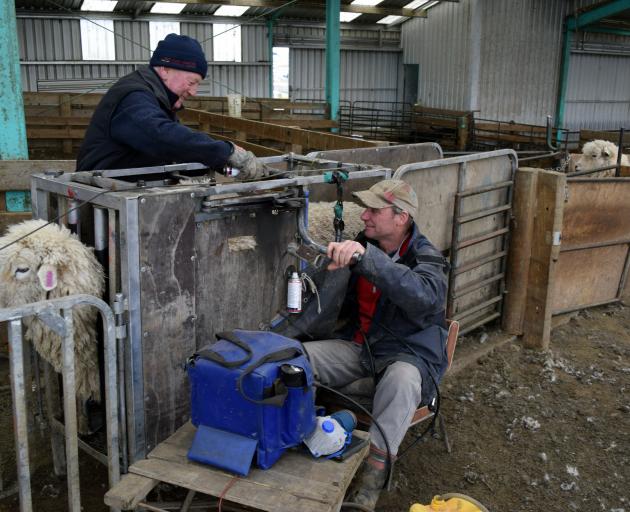 Rimu Downs Scanning scanner Karl Burgess (right) scans a ewe as assistant Martin Ford spray-paints a dot on its back, at Mount Gowrie Station, Strath Taieri, last week. PHOTOS: SHAWN MCAVINUE
On some southern farms, ewes were carrying up to 30% fewer lambs than last year, when farms were flush with grass in autumn.

Farmers were expecting lower scanning percentages this season because they knew their ewes were in a poorer condition due to the dry autumn.

‘‘I haven’t given them their results and they’ve started crying.’’

Farms in the North Island had higher percentages because the ram had been put out earlier, when more grass was available, allowing ewes to get in better condition for breeding and to cope with the upcoming dry conditions.

Because the Southern farms she was yet to visit would have put the ram out later, she was expecting percentages to continue to ‘‘go downhill for a little while yet’’.

She has scanned ewes in the South for more than 20 years. 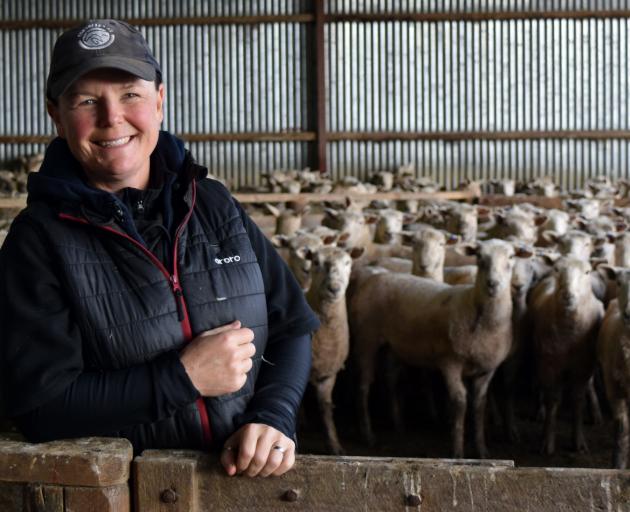 Wilkinson Animal Health Services director Sophie Wilkinson, of Taupo, prepares ewes for pregnancy scanning on a farm in South Otago.
Usually about 90% of a Southern ewe flock shared the same body condition but this year, a noticeable trend was a mix of fat and skinny ewes — a marked difference between those that had coped with a dry autumn and those which had not.

Some of her clients in the North Island had been hit by drought two years in a row but scanning percentages were up 5% this season.

She believed the numbers were up because the farmers had kept only the ewes which had coped with the first drought.

Another trend this season was farmers scanning earlier so ewes which conceived late could be given more feed and had a chance to ‘‘bounce back’’.

Will Orpwood Cattle & Sheep Scanning owner Will Orpwood, of Otama, in Northern Southland, said he had been scanning ewes on southern farms since the start of last month.

Scanning percentages were ‘‘back a little bit’’ on last year.

Farmers had been talking about the ‘‘awful’’ quality of grass this year.

A Waikaia farmer told him the grass quality was the worst he had seen in his nearly 50 years of farming.

Mr Orpwood had been scanning in New Zealand since 2012.

Another trend emerging this year was more farmers wanting scanners to categorise ewes by the age of the lamb it was carrying, so it could be managed better leading up to lambing.

He was scanning 1200 ewes on Rosehill, Waikana, in Eastern Southland last week, a farm where snow hit for the past two lambing seasons.

He hoped severe weather would stay away this spring, so more lambs survived.

He believed there were fewer empty ewes because farmers had fed their ewes plenty of baleage when the ram was put out.

‘‘The farmers have being doing a bloody good job.’’

Rimu Downs Scanning scanner Karl Burgess, of Owaka in South Otago, said he started scanning ewes about a month ago and percentages were down on last year.

A trend emerging was more ewes conceiving in a second cycle due to the dry autumn.

Consequently, he expected more lambs born later than usual this year in the South.

He started scanning in 1996, on farms south of Lake Aviemore.

A pattern he noticed after a dry autumn was scanning percentages being lower because ewes had adapted to the conditions by having a single lamb, not twins or triplets. He had seen a similar trend in the ewes this year.

‘‘It’s a natural instinct. It’s like animals in Africa, where everything breeds like hell in a rainy season but it’s the opposite in a drought. It’s the same in sheep.’’