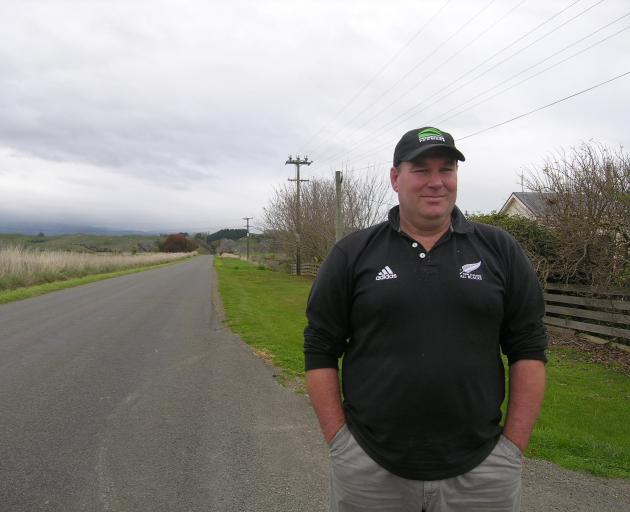 Federated Farmers president Andrew Hoggard
A free-trade agreement with the European Union has disappointed many in the New Zealand primary sector.

The deal would allow 10,000 tonnes of New Zealand beef into the European Union, which consumes 6.5 million tonnes of beef annually.

"We are extremely disappointed that this agreement does not deliver commercially meaningful access for our exporters, in particular for beef.

"We have been clear from the outset that what we need from an EU-NZ Free Trade Agreement is market access that allows for future growth and opportunity.

"Unfortunately, this outcome maintains small quotas that will continue to constrain our companies’ ability to export to the EU. This agreement is not consistent with our expectations and the promise for an ambitious, high-quality trade deal.

Beef + Lamb New Zealand chief executive Sam McIvor said the outcome was difficult to reconcile, given the longstanding relationship and shared values between the EU and New Zealand.

"For over 100 years, our sector has exported safe, nutritious, and high-quality products to Europe. We share common societal values, a commitment to high production standards, and robust regulatory frameworks for food safety and quality, animal welfare, and sustainability. It’s difficult to understand why a more ambitious outcome wasn’t possible.

"Crucially for our sector, the EU is a market where we can be rewarded for the environmental and production credentials our sector works so hard for as we look to derive greater value for our premium products.

"EU consumers are discerning and willing to pay a premium for high-quality, sustainable product that meets superior animal welfare standards. This was a real opportunity to return better prices to both companies and farmers, but unfortunately this outcome will limit our ability to respond to that demand.

"While we acknowledge the hard work of our New Zealand trade negotiators, frankly speaking, the EU has not supported their consumers and failed to live up to their rhetoric of being free traders."

Federated Farmers president Andrew Hoggard said the trade deal was a slap in the face for New Zealand farmers.

"That the Europeans’ protectionist mindset on livestock products remains entrenched is sadly not a surprise but the very small quotas agreed are considerably worse than we expected."

All the talk of better market access and premiums from New Zealand’s already world-leading low emissions footprint for meat and dairy, and planned world-first agricultural emissions pricing, had proved to be hot air in these negotiations.

"The heavy-handed environmental pain New Zealand farmers are going through is not acknowledged, or even allowed for in the future by this deal.

"Federated Farmers acknowledge the gains made in smaller exporting industries such as honey, fish, kiwifruit, apples and a range of other foods but the verdict on our big two – meat and dairy – is deeply disappointing and this is a Free Trade Agreement in name only."

"The combination of very small quota volumes relative to the market size and trade restrictive in-quota tariffs has this deal falling well short of being commercially meaningful for the dairy industry."

The association strongly encouraged the New Zealand Government to continue negotiating rather than close on an outcome that failed to broaden meaningful trade opportunities.

"Opportunities to reset and upgrade access with trading partners come along once in a generation. Failure to capitalise on this opportunity, as occurred with the agreement, leaves us poorly placed in this much bigger market for a long, long time."

By not doing more to liberalise dairy trade, the deal reached was also a lost opportunity for sustainable food systems.

The European Union had largely rejected the opportunity to provide its own consumers with access to New Zealand dairy products that had a considerably lower carbon footprint.

New Zealand dairy farmers would be disappointed that their considerable efforts in adopting on-farm sustainability practices were not able to gain the extent of market recognition they deserved, he said.

The agreement also included the loss of New Zealand cheesemakers’ naming rights to feta and would also prevent any new business development opportunities for parmesan and gruyere.