Beef + Lamb New Zealand’s board will make a final decision about whether to increase directors’ fees, after a close vote by farmers was revealed at the organisation’s annual meeting in Invercargill yesterday. 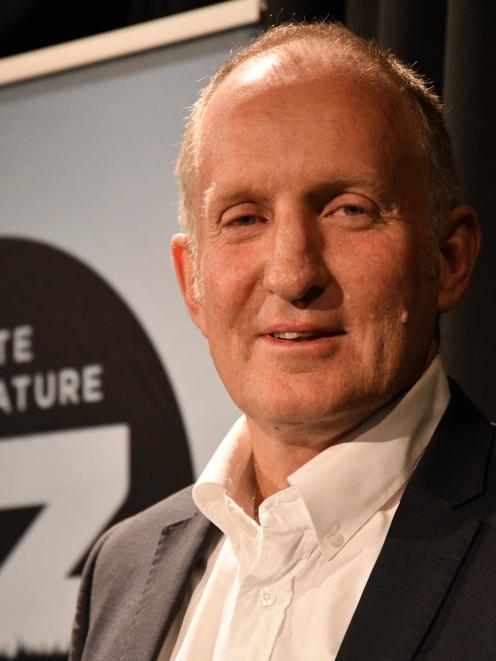 Beef + Lamb New Zealand chairman and Southland farmer Andrew Morrison at the organisation’s annual meeting in Invercargill yesterday. PHOTO: LAURA SMITH
Farmers had been asked to consider an increase in the total aggregate amount from $370,240 a year to $390,000, which represented an annual increase of $1200 (or 2%) for the chairman and $2320 (7%) for each director. The resolution had 49.2% of votes in support and 44.6% of votes against.

Due to the Covid-19 situation, the board not elected to increase directors’ fees in the 2020 year.

During the year, the board commissioned Mitchell Notley and Associates for an analysis and benchmarking of governance requirements, industry representation and time commitments.

At the New Zealand Meat Board’s (NZMB) annual meeting last Friday, it was announced its directors’ fees would not be increased.

The voting resolution results for that entity showed 51.57% of voters were against an increase in the directors’ fees pool for producer and industry directors from $144,200 to $180,000 per annum.

In a statement, NZMB chairman Andrew Morrison — who also chairs B+LNZ — said the board stood by its decision to include the directors’ fee resolution following a review of NZMB’s directors’ fees, also by Mitchell Notley and Associates.

‘‘The final decision was always in the hands of voters and the ‘no’ vote shows we need to do more work to convey the increasing complexity of the NZMB’s role and the environment it operates in, and how this relates to director remuneration,’’ Mr Morrison said.

More than 150 people attended the day which included updates on environmental issues and the Taste Pure Nature origin brand, followed by a field trip to the Miller family’s farm Roslyn Downs, a New Zealand Farm Assurance Programme Plus pilot farm, at Glencoe.

B+LNZ also launched a new, modular farm planning approach, building on its land environment plans and updating them to account for new knowledge, emerging consumer needs and the emerging rules for freshwater and climate change.

The first module was about the environment and more modules would be added in response to farmer demand. They would be primarily delivered through practical workshops which would start from mid-April.

The organisation also announced its new Beef + Lamb New Zealand awards to celebrate the sheep and beef sector, including dairy beef, and its contribution to New Zealand and its economy.

Entries would open in May and the awards function would be held in Napier on October 20.

Why are NZ consumers almost totally unable to enjoy veal except when they travel overseas? (when they can...)