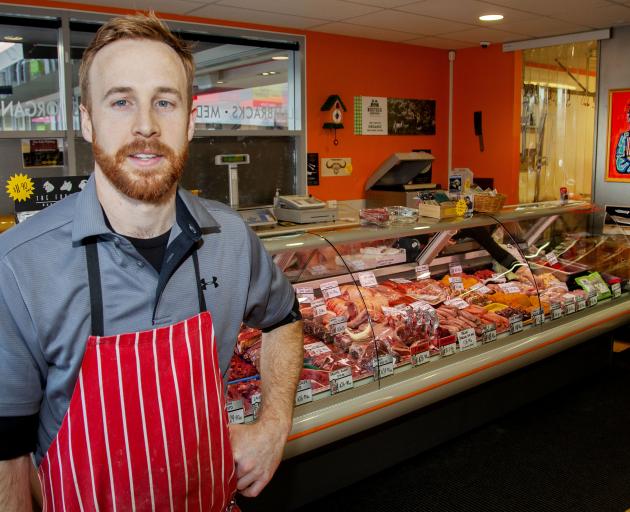 Michael Vivian - Banfields of Beckenham Butcher.
The store which was owned by a butcher who died suddenly has been purchased by a family friend.

Michael Vivian has reopened the Banfields of Beckenham butchery on Colombo St, which was previously owned by Mark Banfield who died in June.

The 29-year-old butcher was “good friends” with Mr Banfield for about eight years.

Mr Banfield was “always a real good bugger to run into and always made you laugh,” said Mr Vivian.

“If you were down, he’d always bring you back up . . . he always just made me laugh every time I hung around with him,” he said.

Mr Vivian said he wants to continue the legacy Mr Banfield built in his 25 years as owner of the store.

“I’ve got a little caricature of Mark, he’s my logo for the shop, so he won’t be leaving the shop that easy. In the way I present the meat, I’ll be carrying on with his nitrate-free, preservative-free stance and organic meat.

Mr Vivian said Mr Banfield’s family was grateful he had taken over the shop.

“Patsy’s over the moon and she said Mark would be very proud of me and happy that it’s been left in good hands.”

Since reopening a few weeks ago, the community had rallied around the shop to show their support, said Mr Vivian.