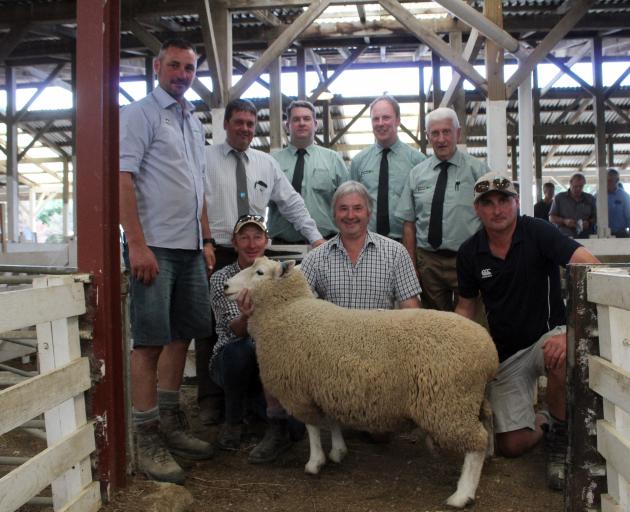 It was bought by the McKelvie family, from Wyndham, and Mike McElrea, from Edievale.

It was a solid sale for Perendales as 37 rams sold for an average of $2686. Richard and Kerry France, from Moa Flat, achieved the second-top price, $8500, for a ram sold to Fernvale Genetics.

Carrfields Otago genetics representative Roger Keach said the  two-day sale was sound but not spectacular, with a lot of good rams not finding homes.

Poll Dorsets were topped by Trevor Potter, from Pukerau, who sold rams for $6000 to Sarah Adams and $3000 to Punchbowl Genetics and also enjoyed strong sales of commercial rams, Mr Keach said.

South Suffolks were topped by Trevor and Doris McCall, from Gore, and Jim and Anne Berney, from Owaka, who both sold rams for $2000.

Sharon and Laurie Paterson, from Greenvale, sold a Texel ram for $3700 to Nathan and Joy Dodd, from Wyndham, and another ram for $3000.