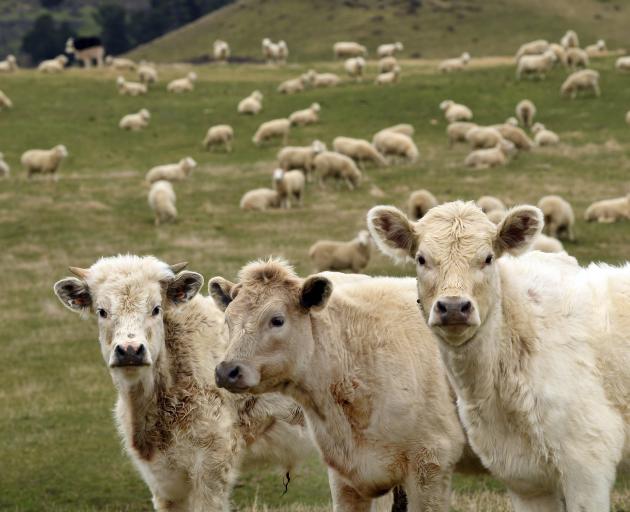 The Ministry for Primary Industries said since the announcement five ships have left our shores with approximately 25,259 head of cattle. Photo: Stephen Jaquiery
Five live export ships have departed New Zealand since the government announced they'd be banned, with another arriving today.

In April, the government announced it would ban all live cattle exports by sea] with a two-year phase out period.

The Ministry for Primary Industries said since the announcement five ships have left our shores with approximately 25,259 head of cattle.

A sixth ship The Al Kuwait arrived in Timaru Port today with permission to export 15,401 cattle from across the South Island bound for China.

MPI Director of Animal Health & Welfare Dr Chris Rodwell said exporters are required to meet extra requirements that were introduced following the independent Heron report which was carried out after the tragic loss of the Gulf Livestock 1 in September 2020.

"The vessel will be in port for several days, and depart only when MPI is satisfied with the welfare conditions on board.

"An Animal Welfare Export Certificate will be issued only when MPI veterinarians are fully satisfied about the condition of the cattle, and the standards of welfare on the vessel," Rodwell said.

Despite exports continuing until 2023, one exporter said business has already dropped.

"We can't directly attribute the drop to the announcement but we know China isn't impressed with the ban.

"Farmers in China want the animals and people here want to export, but the Chinese government is not issuing the permits needed for the exports to go ahead."

Doran said it was frustrating to see the demise of a multi-million dollar industry.

"Doran said it was frustrating to see the demise of a multi-million dollar industry."
Farmer ethics to the fore again.

A disgusting industry which has shown what a terrible thing it is to let the New Zealand reputation be in the hands of these fly by night idiots. 2023? Ban it now then give anyone who complains a fully stocked farm because we are scared of what they tell their friends and losing precious precious trade. The Adults are making the decisions aye Mr Grosser. Not forgotten or forgiven. Ban it now.