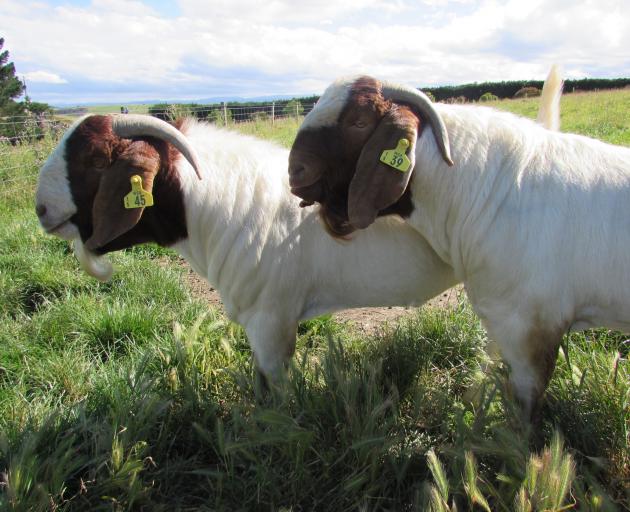 Mr Booth is the chairman and Kaaren Wilkes, of Chatto Creek, is the secretary.

''They came from Duntroon, Alexandra, Peninsula and Brighton.

''We formed the group and got things under way.''

He said although only Boer goat farmers attended the field day, people interested in other types of goat farming, including cashmere, Angora and dairy goats, were invited to join.

''We intended to hold meetings as regularly as we need to and we will have field days and a discussion group.''

The next event on the goat agenda is the annual New Zealand Boer Goat Breeders Association conference, which this year will be held in and around Mosgiel on May 19 and 20.

The conference is intended to give breeders the chance to learn and network.

Mark Willis, of Hedly John Exporters, who is in charge of the Korean export programme, will be speaking at the conference to talk about exports to Korea.

Julia Aspinall, of Genetic Gains Ltd, looks after the breed's stud registrations and she is going to update delegates on issues such as genetic gain in the Boer goat industry and how stock genetics can be improved.

That will be followed by a general discussion about the association.

Mr and Mrs Booth will be hosting a field day on their property the following day.