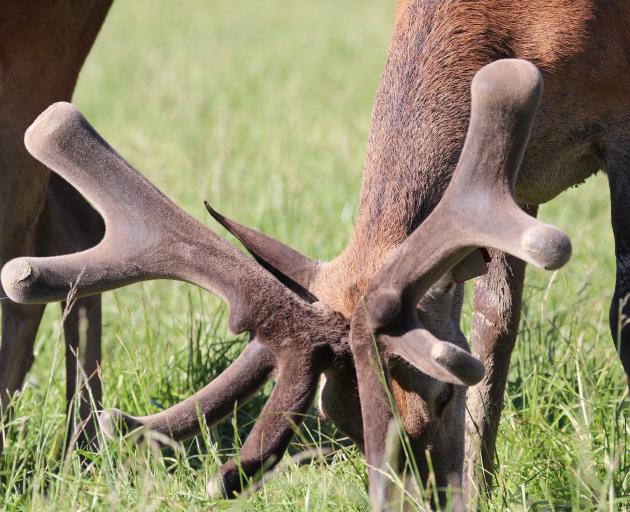 The 3-year-old stag, which attracted a "huge" amount of interest before the sale, was sold by David and Lynley Stevens to a South Canterbury syndicate.

Mr Stevens described it as a big, quality animal with a "beautiful" head, and one that he would normally have kept as a stud sire if he had not had something else in the paddock.

It was a record price for the stud which was holding its 35th sale.

Mr Stevens was pleased with the sale, which included about 25 3-year-old sires, about 70 2-year-old velvet stags and about 50 rising 2-year-old recorded hinds. Hinds by the same sire as the top-priced stag had sold very well.

Covid-19 had had a major effect on the venison industry and Mr Stevens had always felt confident it would come through the pandemic "stronger than ever", although it was taking much longer than he would have expected.

"At the end of the day, it’s not the product that’s the problem, it’s Covid affecting everything," he said.

He had been in the industry long enough to have been through both the "ups and downs", and it was pleasing to see confidence in the velvet market.

What was nice was that in the aftermath of the week’s sale, those who had attended were both excited and pleased for the couple, Mr Stevens said.

It was not a big industry and he personally knew virtually everyone in the room.

It was also nice to know, given all the work that had gone in over the years, that "people want to buy your stock", he said.

Netherdale was bought about 1881 by William Cowie, who developed the land into a sheep and arable farm. David Stevens, his great-grandson, introduced wild deer captured by helicopter on to the property in 1979.

In 1982, Mr Stevens and wife Lynley bought the property and the sheep were gradually replaced with deer.

Netherdale has featured consistently in the New Zealand National Velvet and Trophy Antler Awards while Mr Stevens has been heavily involved in the industry.