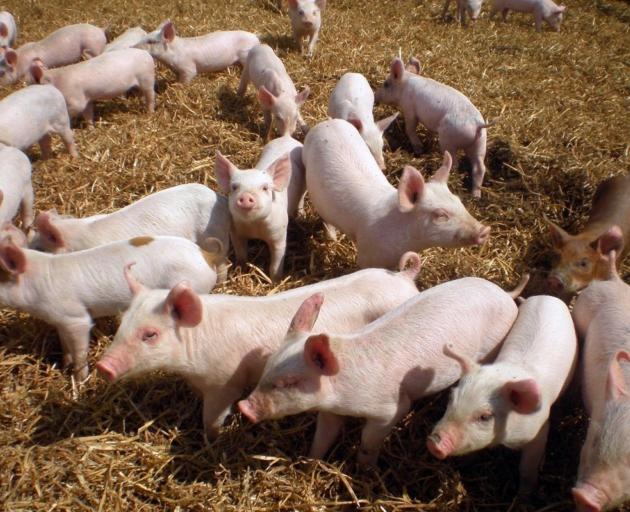 Testing was under way to determine whether the increased mortality rate near Barangay San Isidro in Rizal was African Swine Fever, and it was understood to be under a quarantine zone.

About 8.1million ``backyard'' pigs were kept in the Philippines, according to data from 2017.

In a statement, NZ Pork general manager David Baines said the outbreak, if confirmed, was a real concern for the industry and the wider agricultural sector, which employed many workers from the Philippines.

``We are potentially seeing the disease take another step closer to New Zealand, as it continues its march through Asia,'' he said.

``However, of much greater concern is that farm workers from New Zealand could come into contact with the disease while visiting the Philippines and bring it back to this country.''

ASF was a very hardy disease and could easily be picked up and carried on clothing, footwear and equipment.

NZ Pork was reminding all farmers to review their biosecurity protocols and, in particular, look at arrangements for no-contact time and staff stand-down periods after overseas travel.

International recommendations for preventing the spread of ASF from the World Organisation for Animal Health were that staff and visitors should stay away from pigs for at least five days after returning from overseas.

Also, no pork products of any kind, local or imported, should be brought on to a pig farm.

ASF continued to spread in China, and in other parts of Asia and Europe, and the price response to the effects of the disease in China were now being seen, prices topping records, a Rabobank report said.

The bank expected China's pork meat output would drop by 25% this year, and described the scale of the decline as unprecedented.

It would lead to even lower pork production in 2020 and continue to have effects into the coming year.

The Government had launched a series of policies to control the disease but that was proving to be a challenge, the report said.

Due to declining production levels and an overall shortage of supply, pork prices in August had exceeded the previous record set in 2016, and were expected to rise further.

Poultry would benefit most from the pork substitution although production and prices for all animal proteins were expected to rise in 2019 and into 2020, the report said.

New outbreaks in Slovakia and Serbia, an intercepted ASF-contaminated product in the United Kingdom and the spreading of ASF in Central and Eastern Europe highlighted the ongoing threat in Europe.