0 Comments
Cam Bain knows the value of a good dog.

Not so much in monetary value, but in terms of what a good collie can save you.

"The more work you put into your dogs the less labour you need to employ, and it’s just a bonus if you can go on to dog trials." 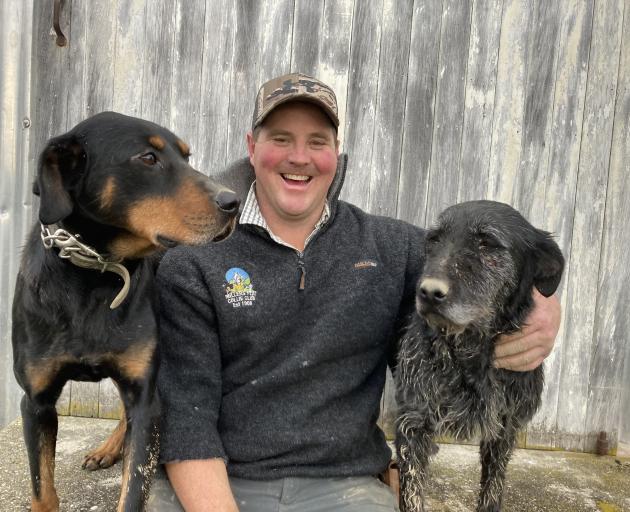 Winter, even if it means being in Moa Flat mud, is a good time of year to be training collie dogs. Pictured, Millers Flat Collie Club president Cam Bain with Brax (left) and Django. PHOTOS: MARY-JO TOHILL

Although the Moa Flat farmer would be the first to admit that he was as competitive as the next dog triallist, going to trials was not so much about winning as improving your dogs and your command of them.

The Millers Flat Collie Club president is looking forward to running the club’s first training clinic on its new grounds at Island Block, south of Millers Flat, on Saturday.

The club, which had been based at the Pannett farm in the Teviot Valley for decades, officially moved to the new base on the property of Brad and Abby Dawson in early July, and marked the occasion with a trial.

Guest trainer will be Boyd Tisdall, a New Zealand dog trial champion, whom Mr Bain knows well from his time working with the Lee Stream-based farmer and triallist. 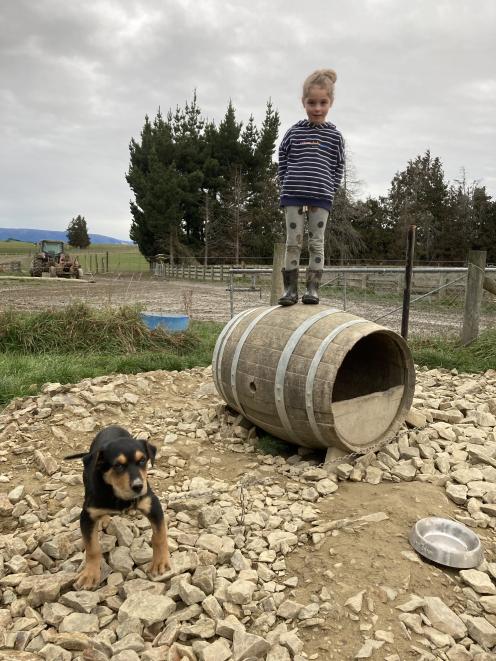 Mr Bain (36), who has won centre championships, is looking forward to soaking up some more knowledge alongside the 40-odd other participants expected.

"I try to get to some of the other ones at different places each year, because there’s so much you can pick up from them."

He said winter time pre-lambing was a good time to put in some training, especially with new dogs, to be put into practice for tailing, and in the lead-up to the trials season, which starts in February.

Mr Bain started dog trialling when he was 15, and there were three key things he had learnt; having the right dog, patience and persistence.

Going along to trials, he had become inspired "after seeing good dog-men, and seeing what they could do with their dog, and how much easier that dog could make farm work".

"When I was younger, I tried to be the boss. Dogs are the same as kids. If you’re always telling a kid ‘don’t do this, don’t do that’, they’ll stop listening and the command will wear thin.

"Dogs are like people. They have different learning abilities, and you learn to understand if they have a long or short [attention span]. Learning to read a dog is big towards understanding them, and when to persist with training and when to lay off and reward."

The best thing about the dog trialling fraternity was being able to ask advice from someone else if you were having trouble.

"Repetition is a big thing. Even if you think they’ve got it right, do it another 100 times so you know, and reward them too."

Trials were just an extension of what went on at the farm.

"But competition teaches you and the dog how to handle pressure."

He believed he had learnt from the best, which included Mr Tisdall, and Grant Calder, of Lauder Station near Becks

With the South Island championship coming up at Earnscleugh next year, he was keen to be in good shape for May.

"Trialling has become so professional, people take it really seriously and here in the South there’s so many good dogs that competition is fairly stiff, and when you get to ‘island’ and New Zealand champs level, it’s a whole new gear again."

He was already working on the next generation, with his daughter Harper (4) now showing an interest in the working dog pack, and the newest addition, young pup Brute; dog triallists of the future perhaps.