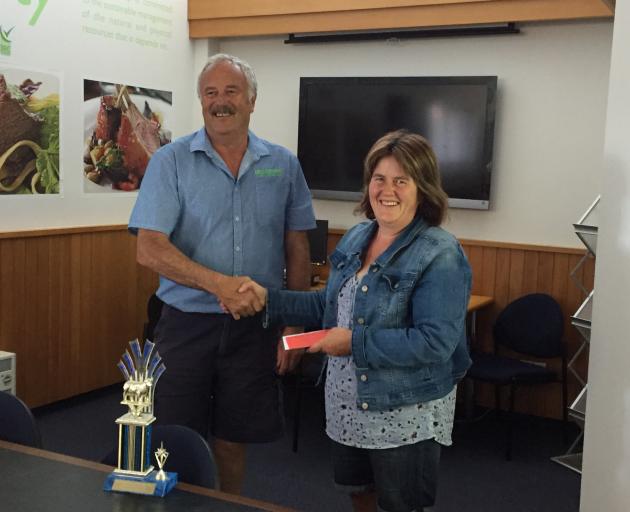 For the competition the lambs were judged on the hoof at the Gore A&P Show and then on the hooks after being killed at the Alliance Group's Lorneville plant.

Winner Nathan Dodd's sheep breed was a Texel Romney cross and he said there had been a revival of interest in the event and the competition was getting much tougher.

''We've had not a bad year and that showed through in our animals,'' he said.

The Morris' led the competition after the on-the-hoof judging at the show, but lost out to the winners when the on-the-hook judging was completed.

There were 13 entries in the competition this year.

Event organiser Peter Morris said that while a lot of the entries scored well at the show, many were marked down with some of the carcasses being too heavy.

Heather Stacy, general manager Livestock and Shareholder Services at Alliance, said the company was seeing some excellent stock quality and presentation from the on the hook classes at the local A&P Shows, including Gore, and congratulated the winners.

''This season, we are using the newly installed EID panels to assist with lamb carcass identification,'' she said

The co-operative has experienced a slower start to the calendar year as farmers have held stock back to take advantage of the strong growing conditions, she said.

Commenting on the season so far, Ms Stacy said that with the recent dry spell, Alliance was expecting a greater volume of livestock to become available for processing.

She said the company was now processing for the important Easter chilled programme for the UK and Europe markets.