The A&P show with a difference 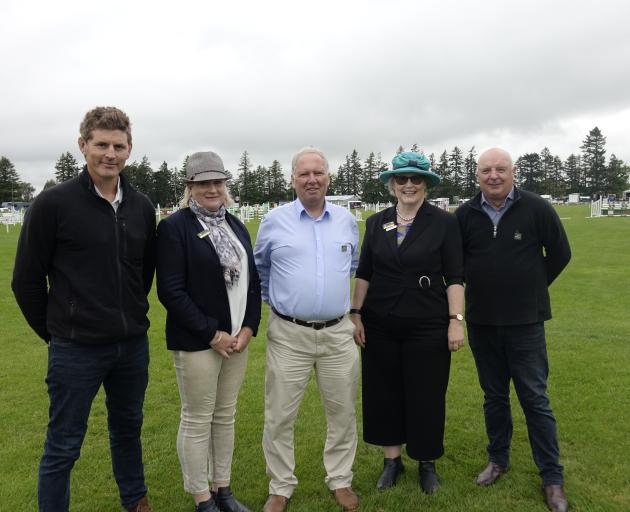 For the second consecutive year, the show was not open to the public because of Level 2 restrictions but organisers and volunteers made sure the show went ahead with a programme of competitions.

Ashburton A&P Association president Peter Stewart said there were strong entries across all sections. It was held over two days, October 29 and 30, to limited numbers of people at the grounds.

‘‘There have been a lot of people disappointed they can’t come, but the public know one of the new norms is these public events aren’t going to happen under Covid,’’ Mr Stewart said.

An army of volunteers help run the show. Many have been doing it for years and run a smooth operation without needing instructions.

Mr Stewart has been at the helm of the show for the past two years — the Covid years.

‘‘I am disappointed I haven’t hosted a public show but it is what it is. There is still plenty of work to do,’’ he said.

‘‘We have a lot of individuals and businesses who sponsor the show and are very good sponsors year after year. The show wouldn’t happen without their support.’’

With all the challenges he was pleased his final year as president got a bit of a go-ahead, Mr Stewart said.

‘‘One of the positive things about the show is we have a vast amount of people from around the South Island involved. Judges have come from Dipton, the West Coast and Nelson.

‘‘All the competitors are pleased to be here. They are here for that champion ribbon, that cup or certificate, promoting the breeds they are interested in and doing the best we can for excellence in agriculture,’’ he said.

Royal Agricultural Society judge Melissa Jebson was thrilled the competition was allowed to go ahead and full of praise for the association for giving it a go and running the event.

‘‘We ask ourselves why are we doing it? We’re not doing it to stand out here and enjoy the sunshine, we’re doing it for our competitors. It’s really important in this day and age when we don’t know what’s coming,’’ she said.

Fellow judge Kristine Russell agreed, noting the mental strain farmers had been under.

‘‘So many things have been cancelled and it’s nice they can actually get out and go to something. It’s good for their mental health,’’ she said.

The large pavilion housing the home industries competition was full of many creative items, including quilts, baking, woodwork and paintings, with judges busy selecting the best from each category.

Home industries pavilion convener Julie Hollings said the standard of work was amazing, but organisers still had to work around Covid rules.

‘‘We have had to maintain bubbles, which has been reasonably easy to do, and most of our exhibitors have been very supportive.

‘‘We had to unfortunately cancel the children’s sections because the numbers would have been too high with them in the shed. It was very disappointing for the children.’’