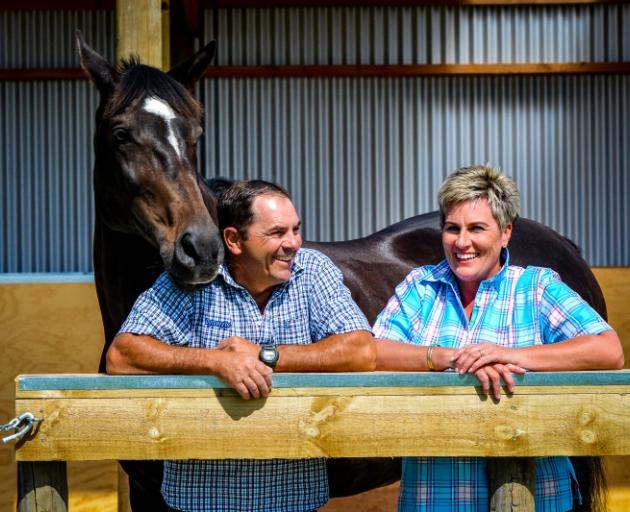 ‘‘I would like to invite urban people to come to the awards so they can see how much effort these farmers put into their land,’’ Ms Donelley, who has been in the position for nearly seven years, said.

‘‘I have been continually amazed by amount of time and money the farmers put in their farms with no immediate payback, and by how much they care for their land and their stock.’’

Ms Donelley, who moved to Invercargill in 2011, and her partner Grant Beasley felt the time was right to move back to their home town of Reporoa to be with family.

It would also give her the chance to work full-time on their online equestrian business Excel Equine.

‘‘My background is equestrian and I grew up riding horses and they are my one great love.’’

After leaving school, she completed a joinery apprenticeship, then managed the drying kiln at her parents’ sawmill in Reporoa.

She also has a degree in accounting.

About that time she had her son, Cody.

She was at the sawmill for four years before spending a further five working for an ITM store on the Whangaparaoa Peninsula.

She returned to the sawmill for a further four years, this time in the office, before working as a site accountant at the Laminex Group plant in Taupo, owned by Fletcher Building.

Her family persuaded her to apply for the BFEA co-ordinator role, and she found she really enjoyed the challenge.

‘‘My cousin’s husband was a regional chairman of the New Zealand Farm Environment Trust [which oversees the BFEA] at the time,’’ she said.

‘‘I wanted to do something different. Although I came from a rural background, I am not from a farming background. The job has given me a different perspective of farming.

‘‘This year has been my sixth awards and I have met lots of great people and have also learnt a lot. I want to thank all the people from our committee that have supported me in the role.’’

Her job included organising the judging and arranging the formal awards function.

‘‘Every year, at the end of the major awards event, I get quite a feeling of accomplishment.

‘‘I get quite a buzz doing the awards each year.’’

The Southland region attracts eight to 10 entrants each year on average, and this year’s competition was won by Geordie and Frances Eade, of Granity Downs, Pourakino Valley, near Riverton.

Becci Lampard, of Invercargill, is the new regional co-ordinator. Regional committee chairman Bruce Allan was also leaving and his place was to be taken by Olivia Ross.