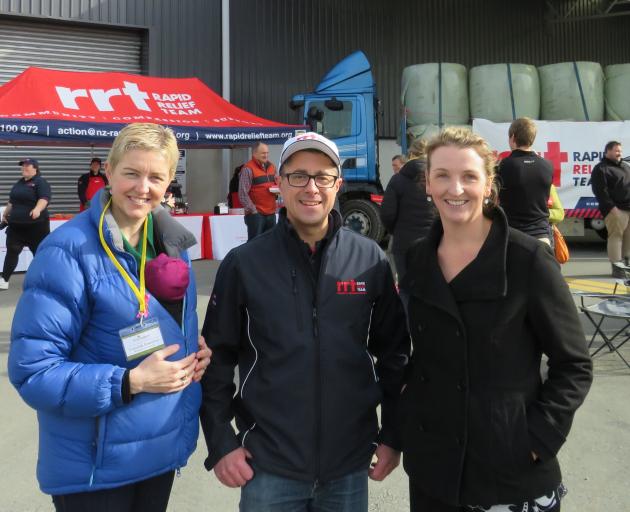 The team put on a free barbecue lunch and catch-up session for those involved in the May floods and also secured 400 bales of feed for farmers with livestock who were most in need.

RRT, an extension of the Plymouth Brethren Christian Church, knew there was a need for stock feed in the district and had made contact with a feed co-ordination service in the North Island, as all South Island avenues were understandably low on supplies.

The baleage was found in the Manawatu and Waikato districts, he said.

Ten truck-and-trailers shipped the bales to Ashburton; five were delivered direct to farmers in need and another five would be stored at the Carrfields depot for distribution by the trust, Mr Mascull said

‘‘It was a big thank you to the rural community here [from us],’’ he said.

‘‘And to let them know we’re thinking of them and praying for them.’’

Invitations to lunch at the depot had been extended to those affected by the recent flooding event in the district, and to those who were on hand to help.