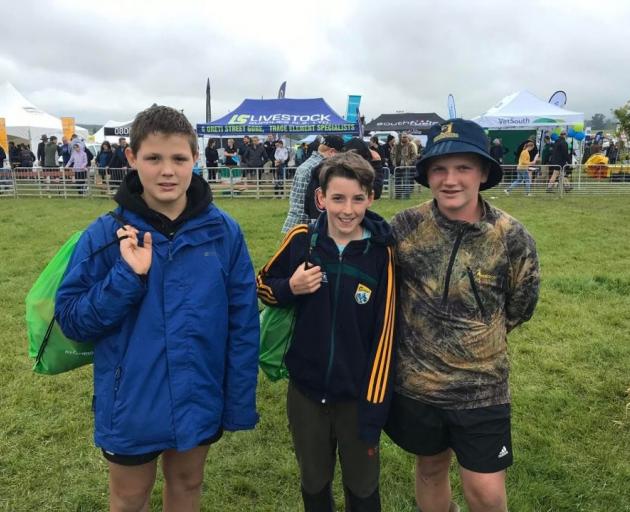 The team, called the West Otago Rams, was made up of Charlie Ottrey, Dylan Young and Riley Hill and won the final last Friday.

Dylan and Riley’s brothers were in the winning team last year.

Dylan said they did about three to four weeks of practice and study during lunch times twice a week and all three were excited when they won.

The 21 AgriKids Grand Final teams (top three from each regional final) went head-to-head on Friday in a series of modules and tasks as well as an exam for the grand final.

They completed a food-producing memory game, calculated how much feed it takes to feed different animals, matched up different oils and lubricants and were educated about safety hazards around fuel.

They also completed a maze with biosecurity problems, were quizzed about tractors and created a 3D viable farm for the agritask.

Charlie said due to Covid-19 the competition had to be held online rather than in Christchurch and was focused more on theory rather than practical tasks, although they did visit a farm to learn "stuff about dairy farms and what they do".

Charlie said as they worked their way through the modules, judges were on Zoom with them and talking to them.

The teams had to come up with an innovative farming idea, after opening a package from the organisers during the competition.

The boys decided on sheep milking.

Charlie wrote the essay about someone who inspired him — his father — while Dylan and Riley answered the exam questions and they then checked each other’s work.

He said the competition was fun and they learned "heaps of new stuff".

New Zealand Young Farmers chief Lynda Coppersmith said it was a quick decision to move the AgriKids competition online and hold it beside the FMG Junior Young Farmer of the Year contest.

"Working with two contests, 35 teams, 12 sponsors, 14 modules as well as the other tasks was a huge logistical undertaking," she said.

"It took a lot of things to fall into place, a lot of people to make it work and a really strict time frame."

The boys’ supervising teacher, Kirsten McIntyre, said she was "stoked" for them.

"They had put in so much hard work since we came back to school from lockdown and they have done heaps of work at home."

She said it was nerve-wracking watching the team, especially during the quiz round.