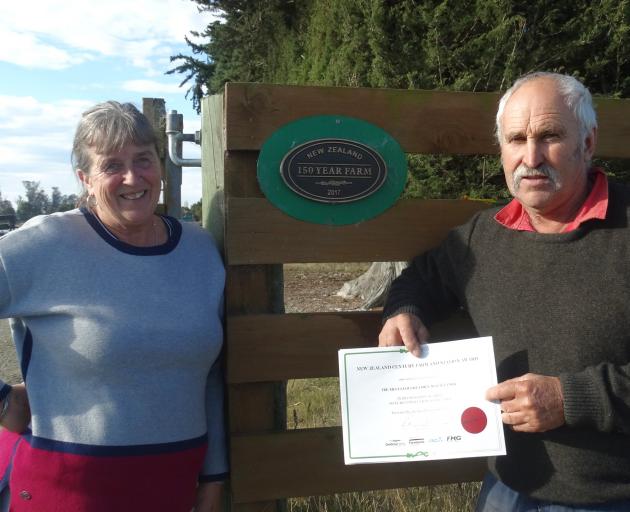 Stephanie and Peter McCullough reminisce about one of their proudest moments, which was receiving a certificate and bronze plaque to display on their property, for their family’s ownership of their farm for more than 150 years. PHOTO: NATASHA PARRANT
Applying for recognition in the Century Farms New Zealand awards was a big process, but a "worthwhile thing to do", Stephanie McCullough says.

Mrs McCullough and her husband Peter farm Wattle Park, at Temuka, a 320ha sheep, beef and deer farm. The McCullough family, who have been on the land since 1866, were recognised for their lengthy stewardship at an awards night in Lawrence in 2018.

The awards function is coming up again in May. The event, which celebrates families who have been farming their own land for 100 years or more, held its first and, until now, largest gathering in 2006. 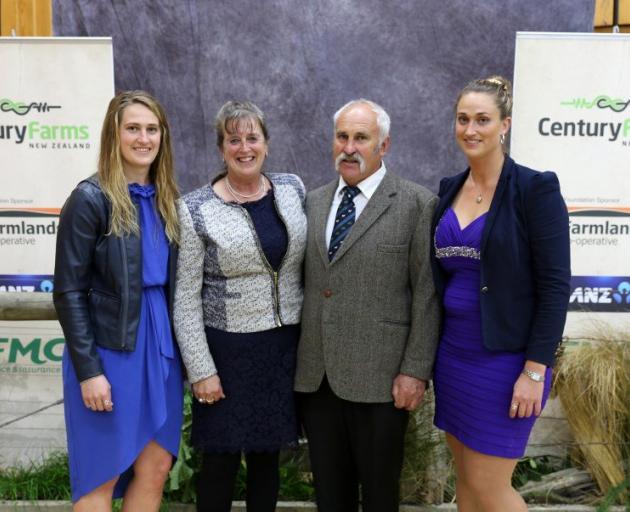 Two out of the five children, who are sixth generation of Wattle Park, came to support their parents’ achievements in 2018 in Lawrence. From left, Georgina, Stephanie, Peter and Victoria McCullough. PHOTO: SUPPLIED BY CENTURY FARMS AWARD
It was due to beat that record with 70 attending families spread over two weekends last year, but Covid-19 interrupted those plans.

Thirty-three families would attend from the North Island this year and 36 from the South. Eight sesquicentennial awards would be presented, recognising families who have been farming their own land for 150 years or more.

Farming families who owned their land for 100 years or more could apply for the event to have the chance to receive a bronze plaque and certificate for their achievements.

Mrs McCullough said the couple had to find documents and photos of their family history to prove they were living on the property for over a century. She had a lot to learn about the history of the family which was very educational. 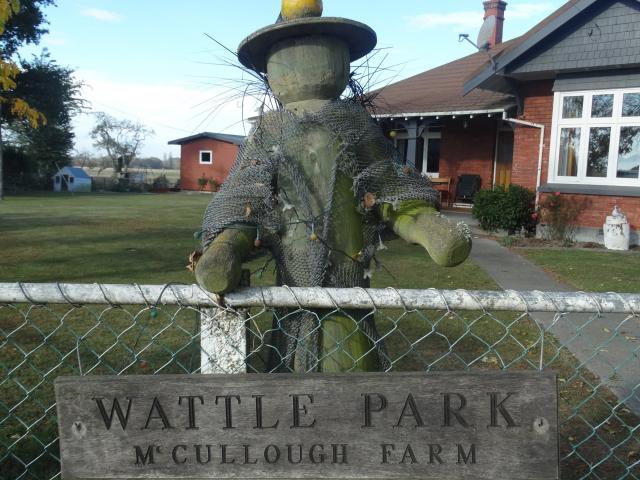 Mrs and Mr McCullough prioritised in being environmentally -conscious — "we try to recycle, we direct drill, we don’t use nitrogen" — to demonstrate good practice to whoever would take over their farm. Two of their children were already interesting in running Wattle Park in the future, although it was "more their decision than it is ours", Mrs McCullough said.

Mr McCullough enjoyed playing squash and water-skiing. He was also junior vice-president of the Temuka-Geraldine A&P Association and president of Winchester rodeo.

Mrs McCullough was senior vice-president of the A&P Association and was on the Temuka Community Board. Both were also on their local hall committee.

Mr McCullough studied a commerce degree at the University of Canterbury and his wife said his degree helped him have a "better financial head", as farmers had just as much paperwork to do as well as physical labour. The physical work got more intensive as they got older and Mr McCullough hoped to retire by the age of 65, she said.