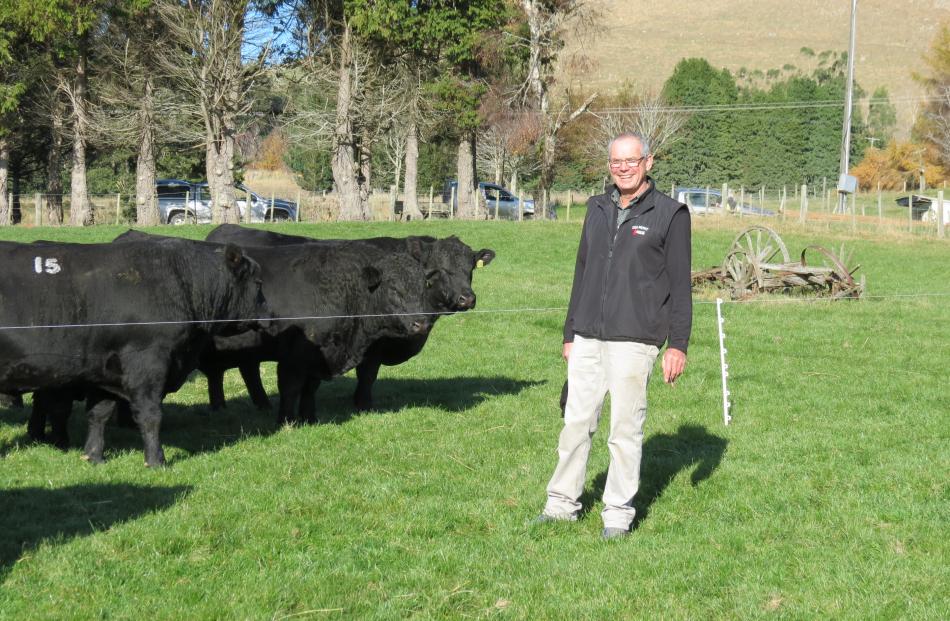 Pleasing turnout...Delmont Angus owner John Cochrane was pleased with the number of people who attended the on-farm sale on May 19. PHOTOS: YVONNE O’HARA 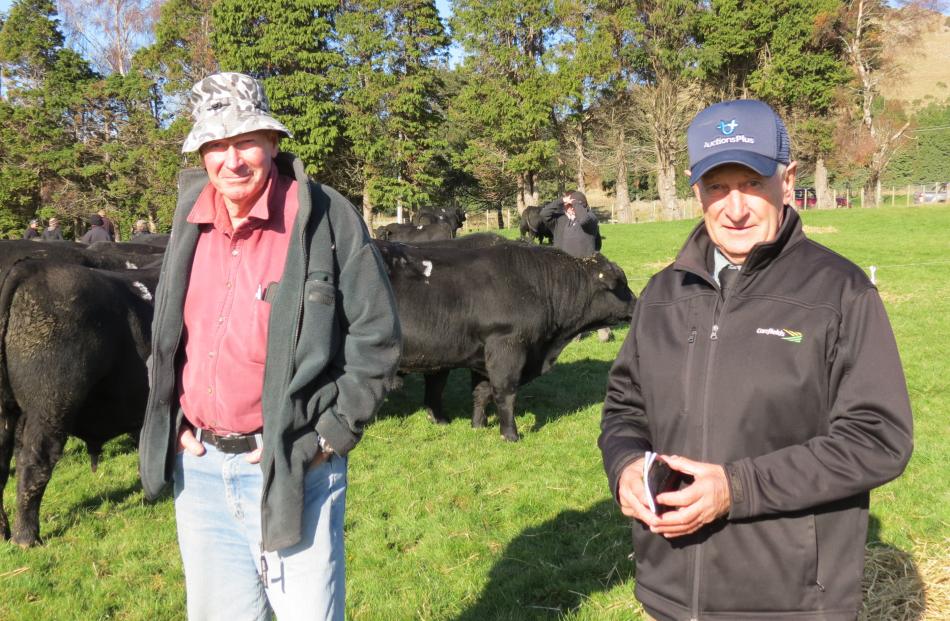 Delmont success...Angus bulls were on show at the Delmont Angus farm near Clinton. Keen to see what was on offer are (from left) John Beattie, of Karitane, and stud stock agent Roger Keach, of Carrfields Ltd. 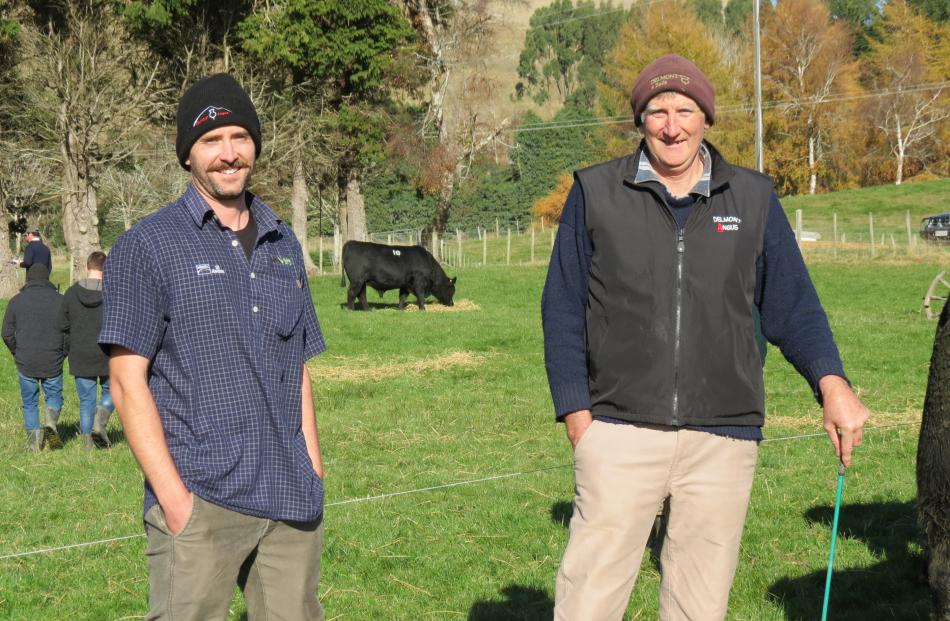 Bull sale interest...Helping out during the Delmont Angus bull sale near Clinton on Tuesday are (from left) Andrew Cochrane, of Riversdale, and farm employee John Black. 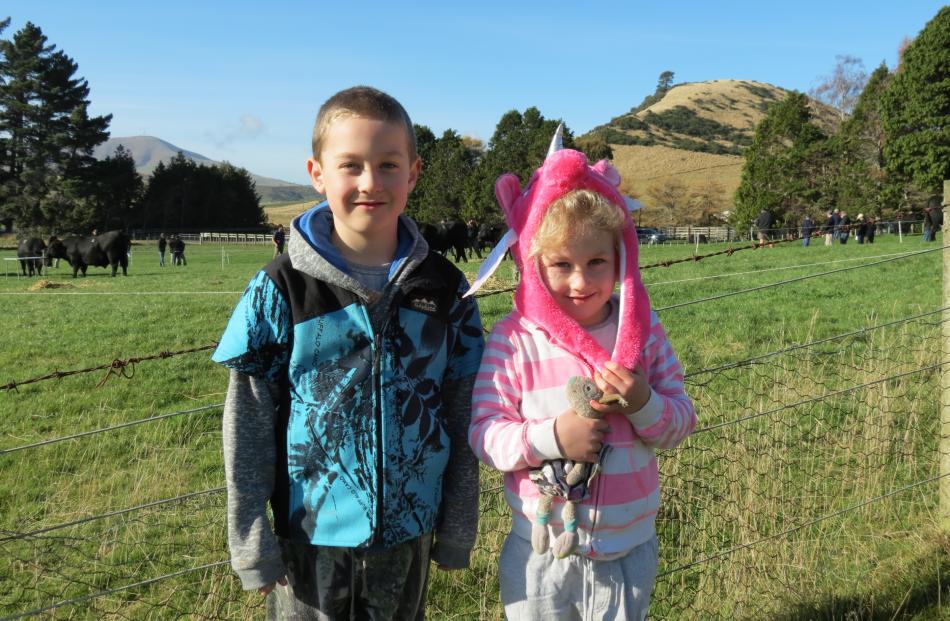 Next farming generation...Enjoying the Delmont Angus bull sale are (from left) Tayne (7) and Kaitlin Smith (4). They are children of a farm employee. 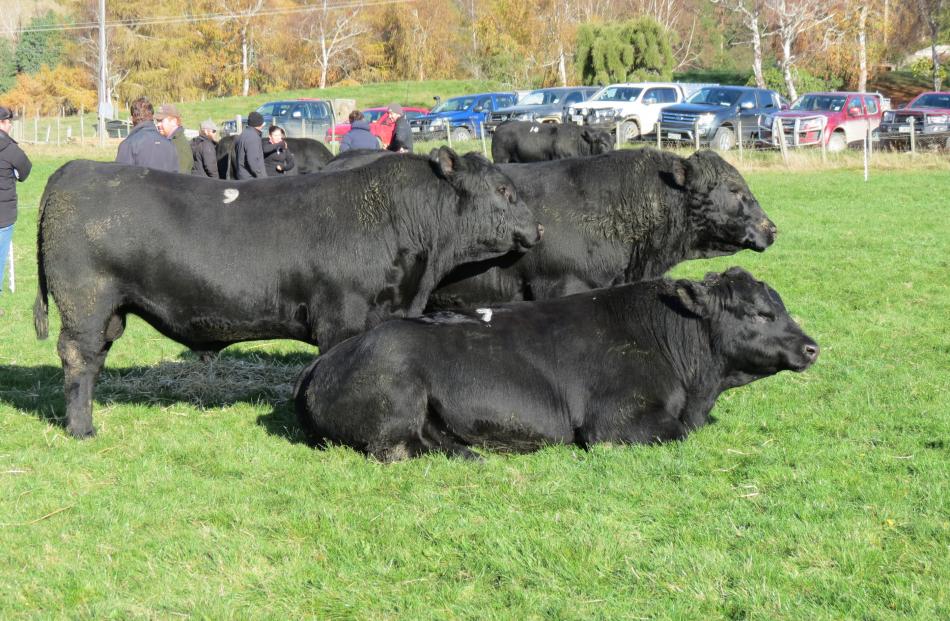 On show...Three of the Delmont Angus bulls watch the watchers during the stud’s bull sale on May 19.

John and Tracey Cochrane, from Delmont Angus, at Kuriwao, were thrilled with their bull sale result — with a complete clearance of 27 bulls for a top price of $13,600 and an average of $8074.

Mr and Mrs Cochrane, and son Jono, hosted about 70 people on their 1500ha sheep and beef property near Clinton last week, with the sale also held on the Bidr online platform.

The top-priced bull was bought by Courtwood Farm, Mossburn, which also paid $11,000 for the first bull up in the sale.

‘‘We had a full clearance, and we are very happy with the outcome. It does tend to put a smile on the face,’’ Mr Cochrane, who is president of Angus New Zealand, said.

The average price was up $100 on last year’s sale and buyers came from throughout Otago and Southland. ‘‘A lot of my neighbours bought bulls, which is always pleasing.’’

The auction was the first in the country to be livestreamed on the Bidr platform.

‘‘Maybe the hybrid (online/on-farm) auction is the new normal. It brought a new audience. I got texts from friends who were following the bidding online from their living rooms,’’ he said.

Bidr regional territory manager Thomas Mallon said another three livestreamed auctions were held in Otago/Southland last week and three more in Southland this week with another two in the North Island to come.

Mr Mallon said they had 40 people registered for the auction, with another 100 watching the livestream.