Coming in to land — lifelong love affairs with their Land Rovers

Landys line up ready for Wheels at Wanaka. PHOTOS: MARY-JO TOHILL
If it weren’t for your gumboots where would you be? For many farmers and people of the land, the same could be said for their Land Rovers. They are synonymous with farms and farming and were the first four-wheel drives in New Zealand after World War 2. Many of those hardy early vehicles have either survived or been revived by Land Rover enthusiasts. An enduring love affair with the British answer to the American jeep will see dozens of them take to the road for the national Land Rover Owners Rally, which will end at Wheels at Wanaka at Easter. Wanaka is quite a stronghold of dedicated followers of Land Rover from all walks of life. Mary-Jo Tohill has a chat to some of these owners. John Weatherall 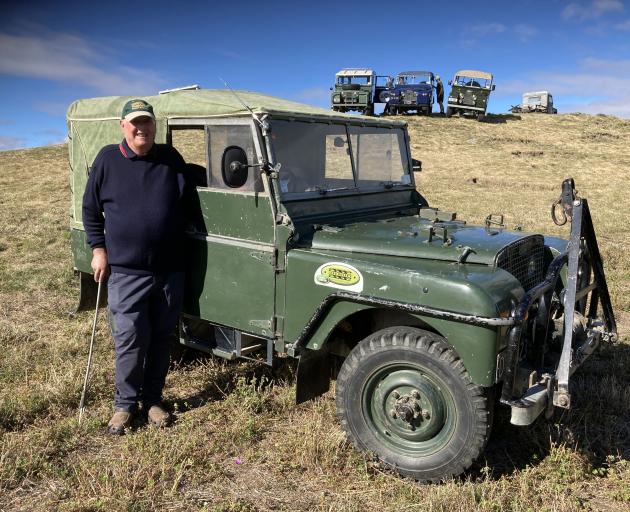 The 78-year-old has had his for 40 years and used it for deer recovery, among other things.

"I’ve retired and started to fall to bits but not the Landy."

His association with them goes right back to childhood when he saw a 1951 model and loved it.

A 1958 model was used as a patrol vehicle in the Waipori area for the Dunedin Electricity Department where he worked in line maintenance in the back country — "and it was still going when I left".

His model even has a pie warmer, a little net basket under the bonnet that does the job well, as long as you don’t mind a bit of oil 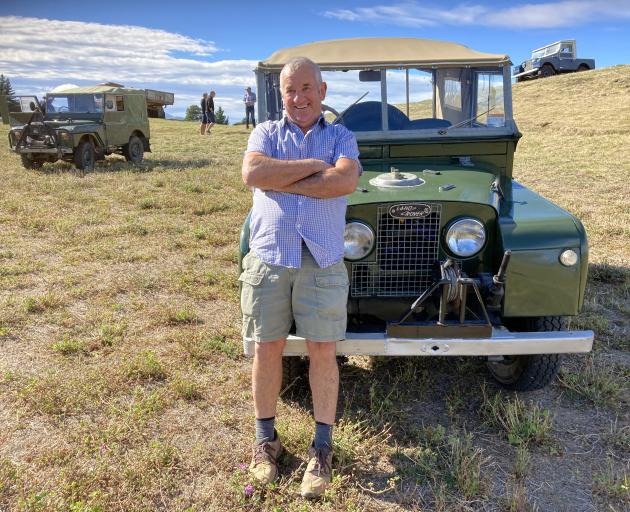 Retired farmer Gerry Vaughan loves his 1955 Land Rover.
Mr Vaughan (68), a retired farmer from the Taieri, has a 1955 model.

"I’ve had it a few years. They’re getting hard to get but my neighbour was selling it."

It was a "bit of a wreck" when he got it but he restored it.

"It had been on a farm all its life. I had the 1956 [model] on the farm and it was a good workhorse. Very reliable. No major problems."

He has  had Land Rovers since he was in his 20s, and taught his children to drive in the 1956 model.

"And now the grandkids are all Land Rover-trained [in the 1955 model].

"My wife [Pam] really likes to drive it and when the grandkids come, they can’t wait to get in the Land Rover. The second youngest is being taught in it, and she’s only 12. Six of them have been taught so far." 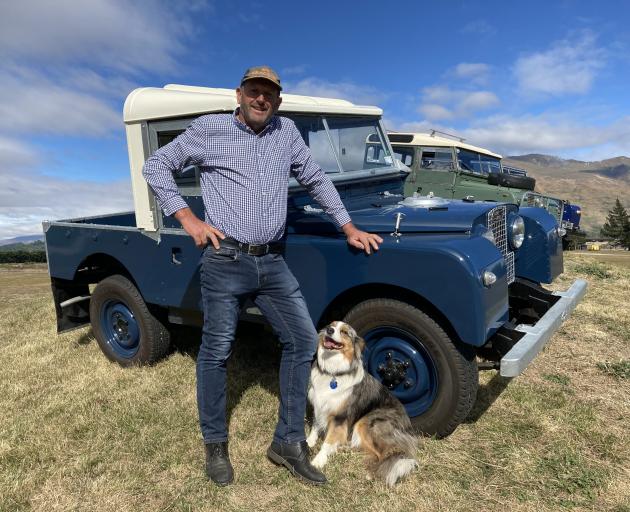 Allan Dippie and a 1956 Land Rover.
The Wanaka developer and avid collector of things with wheels agreed Land Rovers were a great for teaching children to drive "because you can throw them into a low gear".

"A lot of people learned to drive in them and I taught all my three daughters. In fact, when I sold that Land Rover they were quite upset, so I had to buy one back. They immediately smelt a rat — they knew it wasn’t the same one." 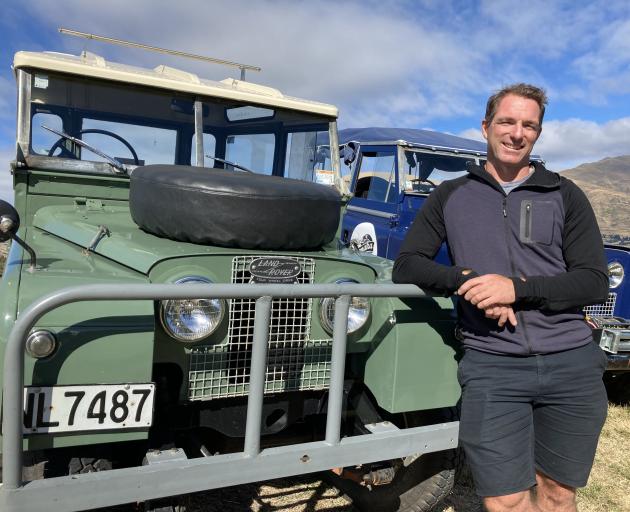 Will Radford and the 1957 Land Rover that dates back to his university days.
The specialty food businessman owns a 1957 model with a group of mates.

"We’ve had it for 20 years and we bought it at uni, and after using it for a few years, we couldn’t keep it so we sold it."

However, Land Rover got wind of the story, bought it, restored it and gave it back to the group as a Valentine’s Day present five years ago. 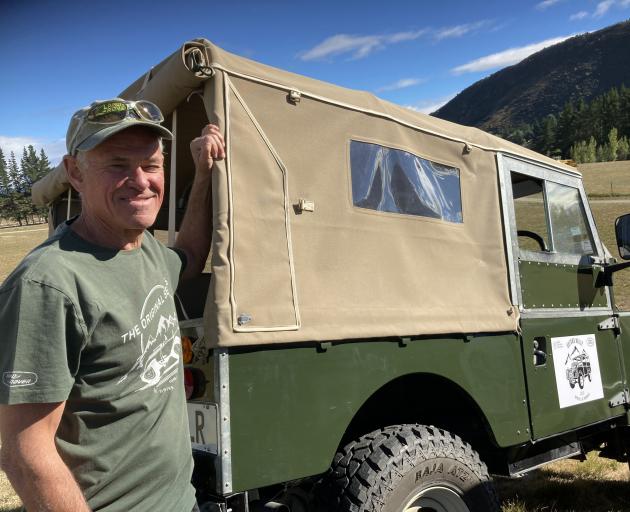 He has recently returned from a 3000km road trip to the North Island to attend his mother’s 97th birthday in New Plymouth and the Land Rover Series 1 Club rally around the Whanganui region and it never missed a beat.

He’s driven Land Rovers since he was a teenager when a friend worked on a Lands and Survey block in Taranaki.

"[Wife] Anne and I have had them for most of our married life, close to 50 years."

He was particularly excited about the landing of the festival’s feature Landy, the Oxford Series 1 Land Rover used in the first overland expedition from London to Singapore, in 1955.

After the big adventure, it was given to a wildlife research group in the South Atlantic. Sixty years later, a quest was begun to find it, along with the other Land Rover used in the overlander (the Cambridge, lost in Africa). The Oxford was found on St Helena Island in bits.

It was restored and was used in a Singapore to London journey in 2019, and had now found its way to New Zealand where it will appear at various events and rallies throughout the country.