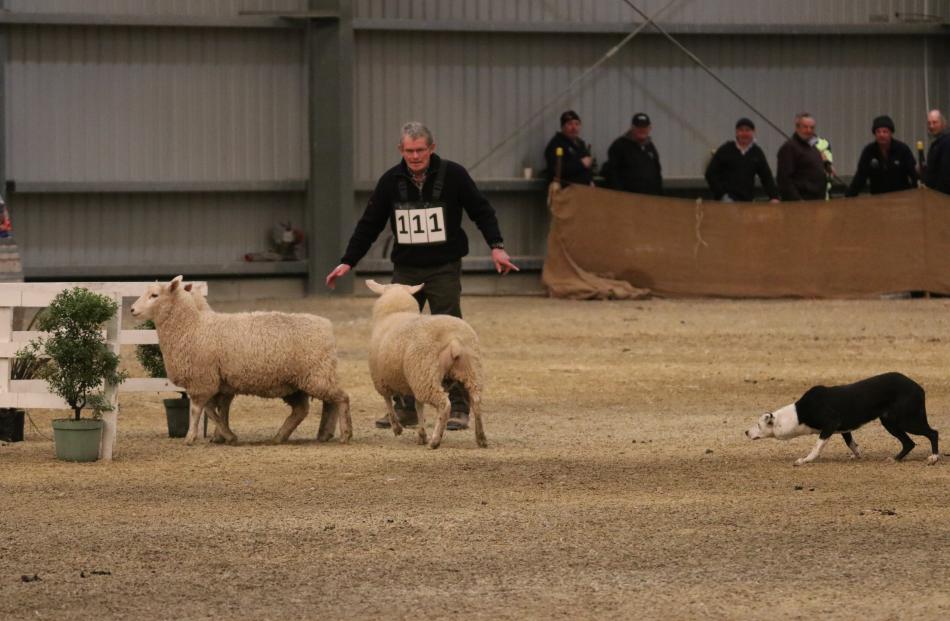 Geoff Tweedie of Forest Hill and Dice concentrate on convincing the sheep they should cross over the bridge obstacle of the indoor course. PHOTOS: SANDY EGGLESTON 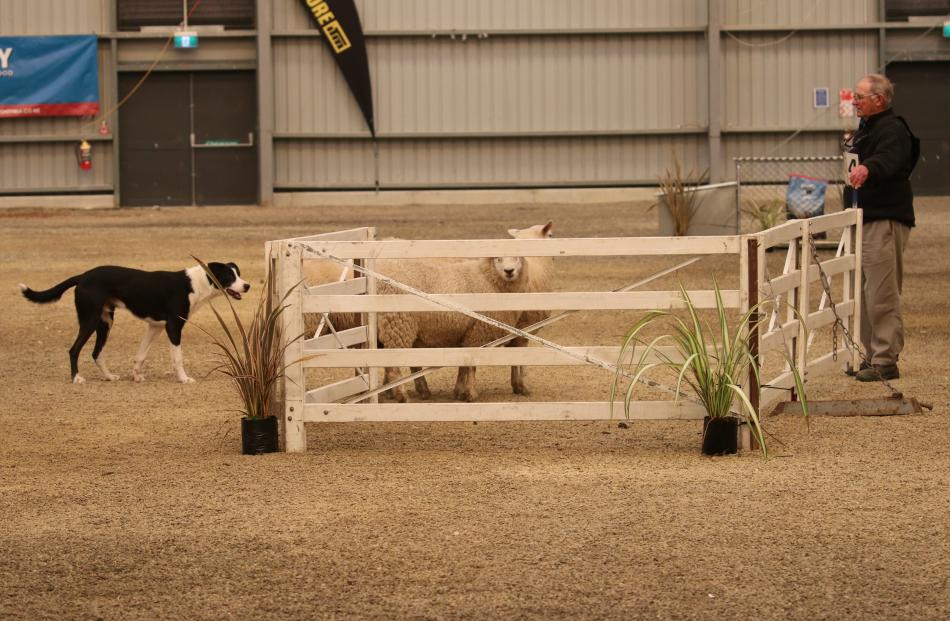 George Prouting of Oamaru and Scout have the sheep lined up where they want them in front of the pen and Mr Prouting is about to shut the gate to complete the run. 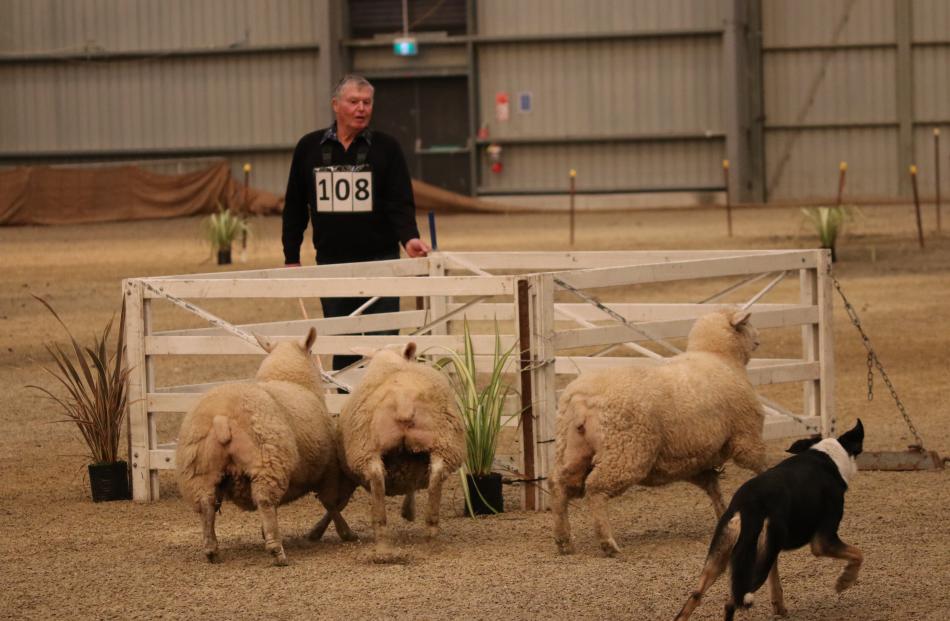 Lex Miller of Moa Flat moves to open the pen gate while dog Laddie moves quickly to cut off one sheep as it tries to escape. 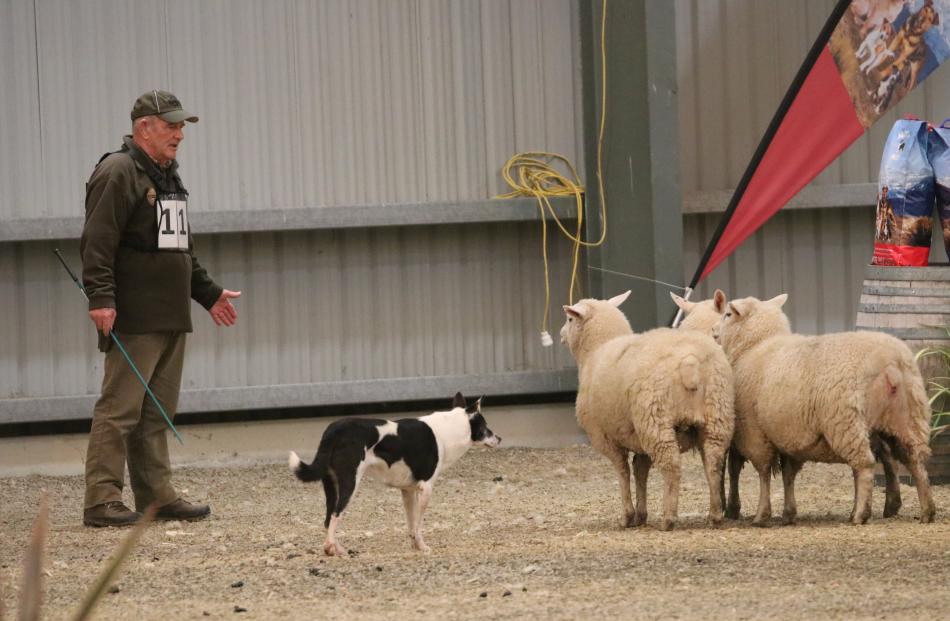 Peter Erb of Northhope and dog Splash quietly wait for the sheep to turn and see the gap between the barrel obstacle of the indoor course. 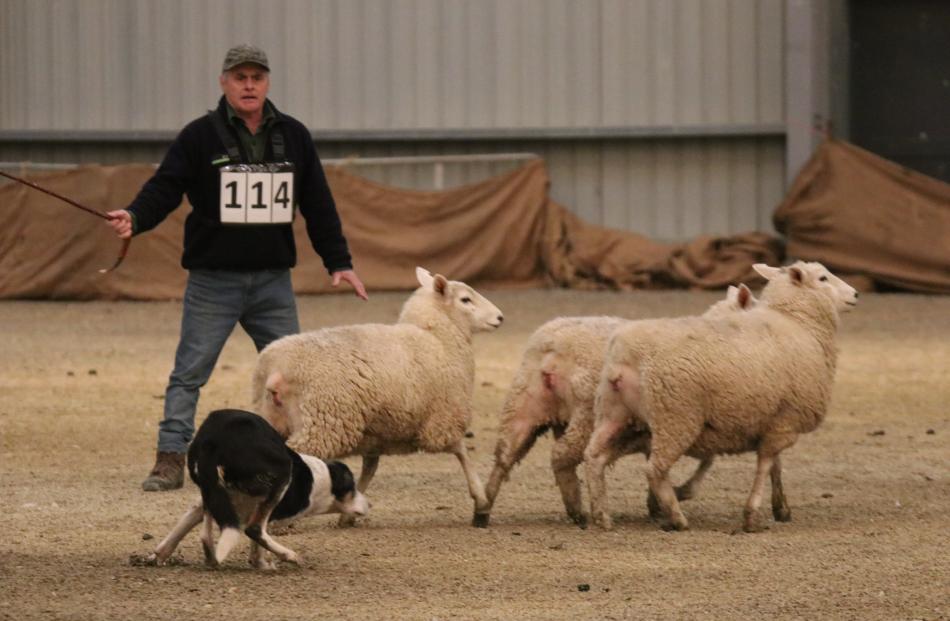 Trevor Roughan of Riversdale moves his dog, Sky, to try to cut the sheep off as they make a bid to go their own way.

Lots of dogs had their day showing the sheep where they were supposed to go on August 9, 10 and 11 - before the region entered Alert Level 2.

"People are keen to go out, we’ve been locked up," Mr Joyce said.

The competition was close and one point separated winner Bill Hinchey and Trick from Des Lysaght and Ace. 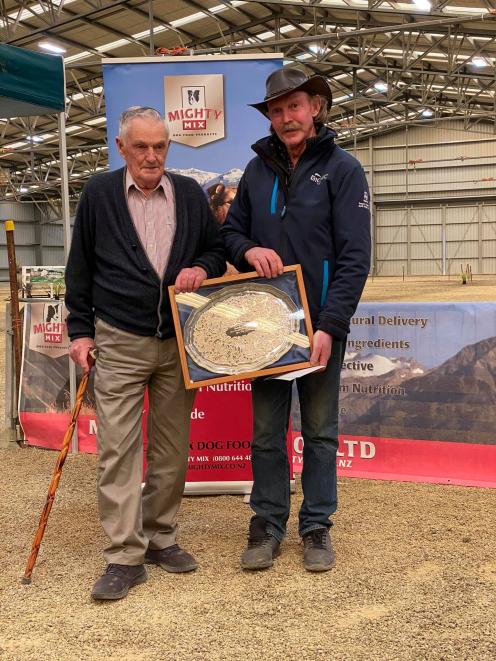 There were about 170 entries in the three-day event and competitors travelled from as far away as Blenheim.

This was the fourth year the competition had been held and money raised from the event would go to Hospice Southland.

Ewe hoggets, which belonged to Stan MacGibbon, of McNab, grazed the site and were used for the competition which was judged by Graham White, of Taieri.

Competitors had 10 minutes to complete the course and the secret of doing well was keeping the sheep calm.

"The quicker dogs tend to spook the sheep a little bit. A nice quiet dog gets on better," Mr Joyce said.