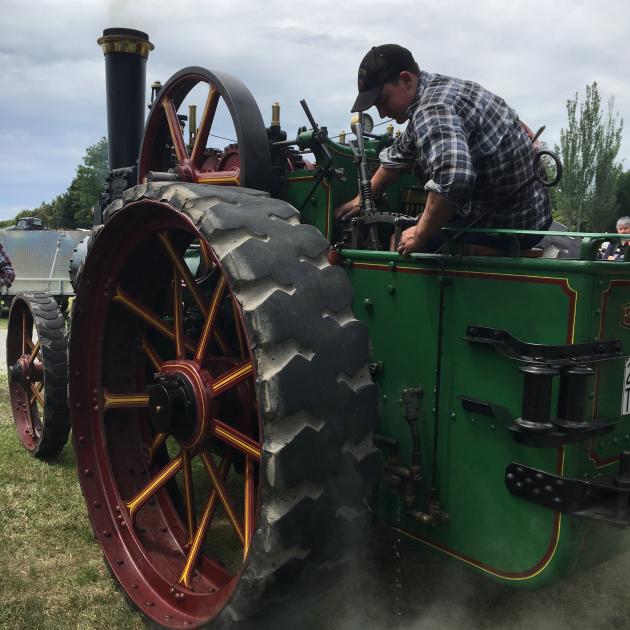 Archie Calder looks after one of his grandfather Gavin Calder’s traction engines on display at the Courtenay A&P Show. The Calder family drove three traction engines from their fleet of old farm machinery which is kept in working order at their property at Halkett, near Kirwee. PHOTO: DAVID HILL
Richard Westaway wanted machinery from his great-grandfather’s day at the Courtenay A&P Show and he wasn’t disappointed.

This year’s show president adopted a theme of Then and Now in honour of his great-grandfather, Frank Westaway, who presided over the 1920 annual show.

Among a large vintage machinery display at the Kirwee Showgrounds, near Christchurch recently,was a 1935 combine harvester, a collection of traction engines and the Darfield Volunteer Fire Brigade’s historic fire truck.

The combine harvester was exhibited by the Rowlands family of Kirwee. 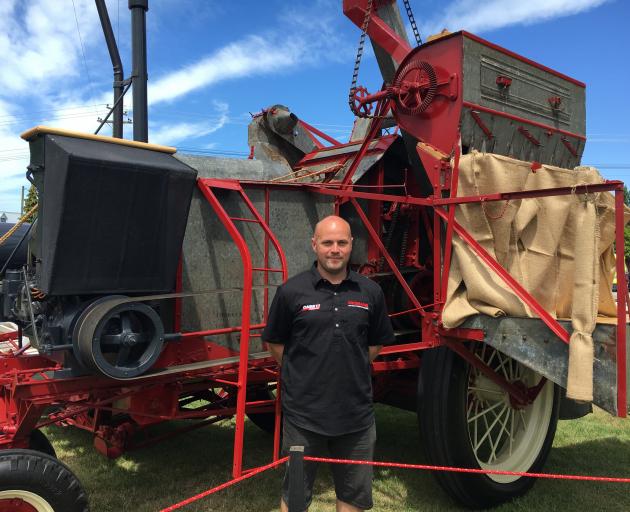 Gareth Rowlands, of Kirwee, hopes this 1935 combine harvester, which is owned by his uncle, Alan Rowlands, and has been restored by his father, Barry Rowlands, will soon be put to the test.

Owned by Alan Rowlands, it was restored by his brother Barry Rowlands, and Barry’s son, Gareth, helped with the display.

"It’s back to working order, though I would imagine it’s a constant work in progress, as there’s always little bits of work needed to get it into shape," Gareth Rowlands said.

The newly restored machine had yet to be tested, but he hoped it would be put to work soon.

"We hope to have a go with it in the future, because I think there will be quite a bit of interest and learning some of the techniques from the old boys who operated these machines will be the challenge." 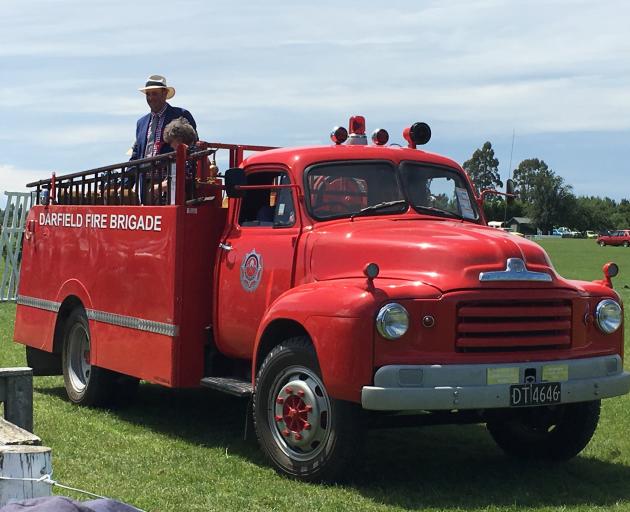 The Calder family of Halkett, near Kirwee, drove three traction engines to the show.

Archie Calder said his grandfather, Gavin Calder, had a collection of eight or nine traction engines in working order.

The old fire truck was popular with young and old, offering rides around the showgrounds throughout the day and featuring in the grand parade.