The young farmers were one of two award winners from the Aorangi region, the other was James Hurst, of Upper Waitaki Young Farmers, who won an award for leadership (see page 4).

The award winners were announced at an evening event ahead of the New Zealand Young Farmers grand final in Whangarei, July 7-9.

The Pendarves Young Farmers Club held its annual After Harvest Party in April 2021 and celebrated a decade of the event in the Mid Canterbury region, which has a large arable industry.

Nearly 300 people turned out in full force to celebrate the event’s milestone, which aimed to encourage farmers to let their hair down after harvest is finished, get off the farm, have some fun and good banter.

Despite a decline in numbers in the four years previous, the club utilised advertising, communications, social media and its members to promote the event to boost numbers and even managed to gain new members who attended club meetings following.

Members were adamant giving back to their community was incredibly important and something they loved to do. They hired the Rakaia Fire Brigade as gatemen and security for the night and donated to their 2021 Sky Tower challenge.

The Pendarves Fire Brigade ran the bar and all proceeds of the bar takings were donated to them, and the Rakaia pre-school was hired to cater the event with all food proceeds also donated back to the pre-school.

At the award presentation departing New Zealand Young Farmers board chair Kent Weir said it was a great night to celebrate the hard work of all their members after another tough year.

"The Norwood NZYF Awards are a great celebration of everyone and their successes and achievements both as individuals and collectively," he said.

"Covid restrictions have disrupted multiple clubs and events so it was great to celebrate all our fantastic members, their achievements, and the fact our Young Farmers Clubs have been successful through a difficult two years.

Members are the heart of this organisation, their volunteer work, time and passion keep our grassroots clubs alive and thriving, he said.

"Congratulations to all our award winners and nominees whose selfless contributions don't go unnoticed and are greatly appreciated by everyone involved in Young Farmers." 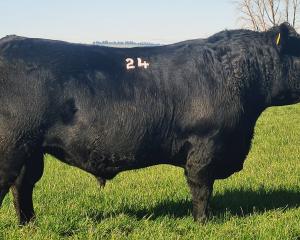