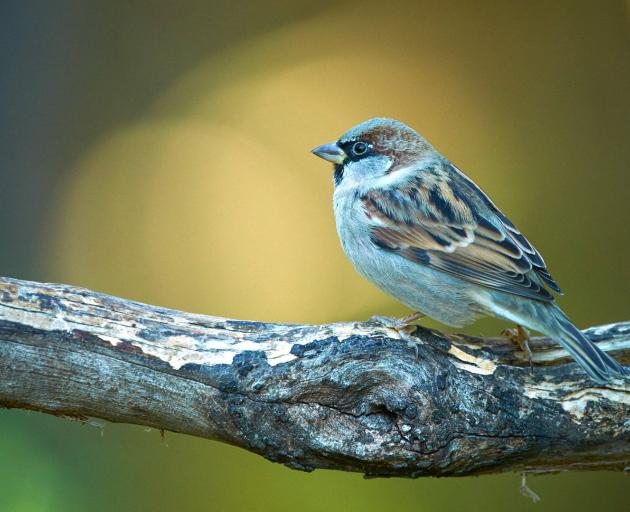 House sparrows can chew their way through valuable crops. SUPPLIED
Pesky birds are getting the full armoury against them to keep them from dining on arable crops.

Foundation for Arable Research (FAR) had on display six devices at its Chertsey field day. They included bird speakers emitting distress and prey calls, a cannon and two different types of laser.

The latest is an ultrasonic sound system developed by Lincoln Agritech for FAR which sends out a beam that modulates in the air to release hawk noises.

Researchers are exploring the best ways to use new technology as birds quickly adapt to each one.

Other crops just becoming established can fall prey to pigeons, ducks and geese.

Researcher Owen Gibson said there were many options to protect seed crops, but they were up against a difficult pest.

"Birds have been a problem for arable cropping since their introduction in the mid 1800s. Most of our problem species are the finches and house sparrow introduced by the acclimatisation societies to make us look more like their European place of birth. They found out pretty quickly that these weren’t the best introductions they could’ve done."

Within 10 years of the house sparrow arriving, bounties were put on them.

Mr Gibson said the areas most at risk of bird pressure were next to big hedgerows, and scrubby margins with plenty of feed nearby.

"In a really low risk area maybe one laser could cover 20ha and we would be doing all right, but in a high risk area we would really have to have one unit — a laser, gas gun or sound unit within every five to 10ha."

He said the best defence for small areas was probably netting, but it was costly, at $1200 to $1500 a hectare. 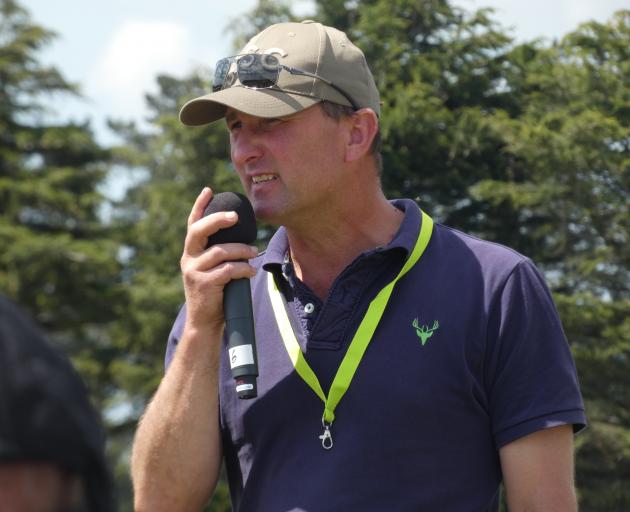 Leeston farmer David Birkett has found that pesky birds learn quickly when their lives are at risk. PHOTO: TIM CRONSHAW
Gas guns could be effective but draw noise complaints from neighbours, especially near urban areas, as they need to be used during high feeding times at dusk and dawn.

Mr Gibson said the best control was to start early at the first sign of crop damage.

He said lasers were a good option, and should be scanning beyond crops to hedgerows so birds felt unsafe in their safe havens.

They also had to be monitored as they could move in the direction of roads if they slumped, he said.

Wave beams should be set in random programmes and overlapping each other to unsettle birds so they don’t get used to them and gas guns and audio devices should be moved often.

Leeston farmer David Birkett said birds tended to associate one effect with another.

"We planted peas and had pigeons once on the paddock. We put a laser out and they didn’t move within the first couple of hours. I went out and shot a pigeon and there wasn’t a pigeon back again. They made the association with the light they could see from the laser and the dead bird. So there’s ways you can use multiple techniques to create that level of association with the birds."

He had seen a mob of birds weigh down netting to reach the tops of crops.

In a trial, six scaring devices were used on a seven-hectare sunflower crop at Lincoln University’s Kowhai research block.

A small netted area yielded six tonnes a hectare, whereas the area with two lasers, two gas guns, a bird guard and the ultrasonic system yielded half of that.

They could not be rotated and the birds would return to the same area quickly after a laser passed.

FAR has looked at drones, but aviation regulations prevent unmanned drones being operated.

A robotic vehicle has met with some success with birds going to another vineyard row as it moved down another. Sonic nets are being explored overseas.