A big turnout at this year's Wanaka A& P Show in March. Photo: PETER MCINTOSH/ODT
One of the South Island’s biggest agricultural shows will go ahead next year, bucking the trend of widespread cancellations of A&P shows around the country.

Wānaka A&P Show organisers have confirmed the show will return on March 11-12 for those who are double vaccinated and hold a vaccine pass.

That is despite a spate of show cancellations in the past six months because of Covid-19 restrictions.

The Gore show was cancelled earlier this week and the national A&P show in Canterbury, usually held in November, did not take place this year.

Wānaka event manager Jane Stalker said the show is a community event and a highlight on the town's calendar.

"Our show is a community show and it's really important for the community and so many people that we hold it. And we thought if we can put it on for them, then that's what we'll do."

It is run by the Upper Clutha A&P Society, which had its first show on the Wanaka grounds in 1934, and has only missed two years since.

It has not been cancelled due to Covid-19, managing to put on the event before the pandemic began in 2020 and before the Delta outbreak earlier this year.

The Wānaka show is the second-largest in the South Island and in previous years, has drawn crowds of 40,000 over the two days.

Stalker said she wasn't sure if they would reach those numbers next year.

"We're kind of in that environment where we don't know what to expect when it comes to crowd numbers. We'd like to see lots of people there of course, but we do have to be safe."

She said their organisational team was optimistic the event can go ahead after holding the 2021 event with added Covid-19 measures.

"We will run sanitiser, masks and QR codes along with whatever else we need to do. It worked really, really well this year, so we are quite confident that we can go one better next year."

Walker said having a great team working on the project also reassured organisers the show could be pulled off in trying circumstances.

People attending the show must be double vaccinated and hold a vaccine pass, in line with government guidelines. 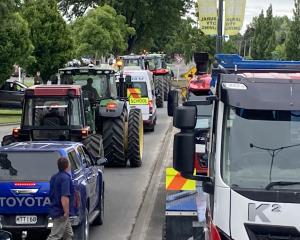 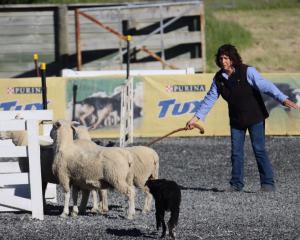