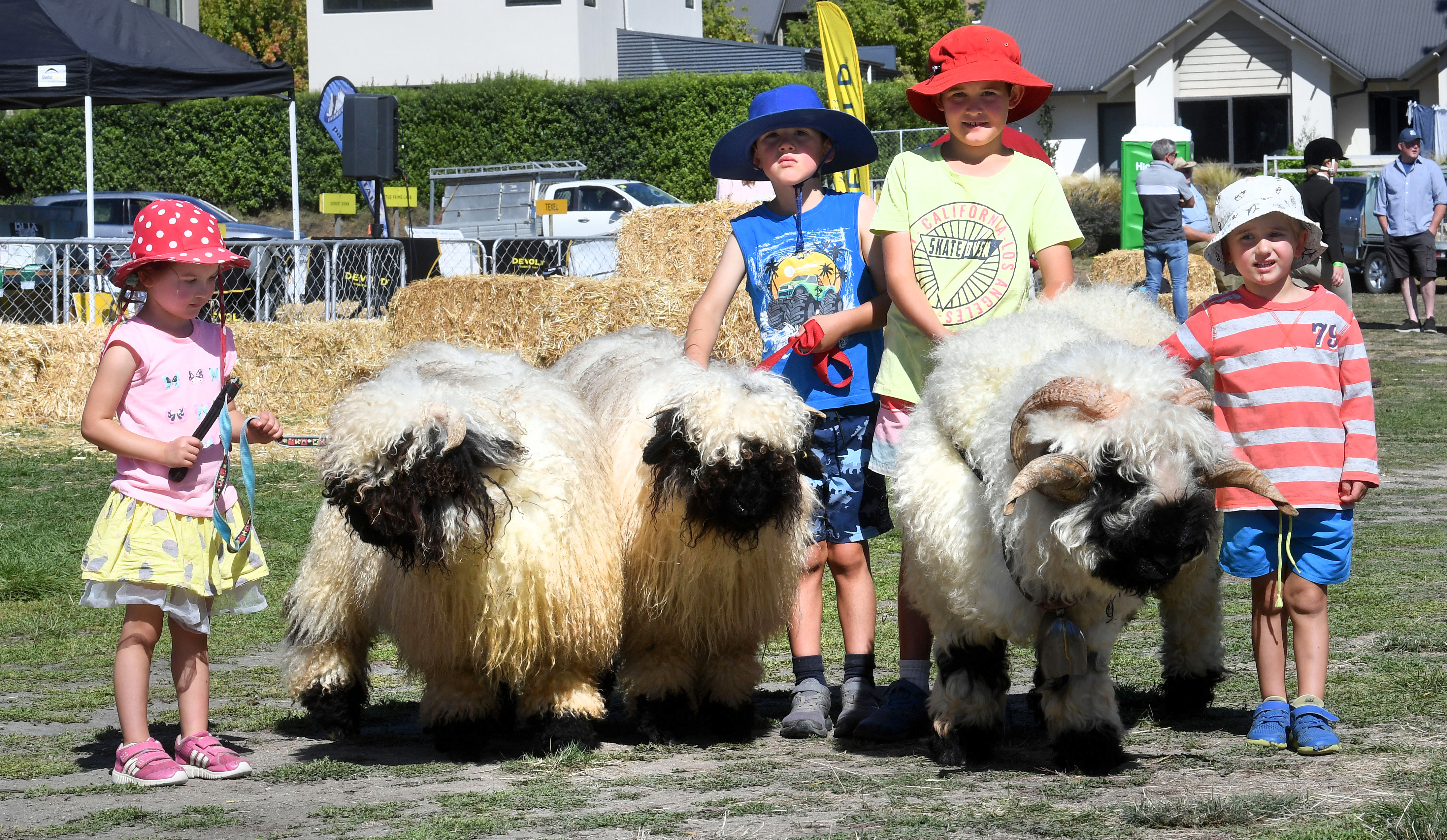 Getting to walk perhaps the cutest sheep in New Zealand — Valais Blacknose sheep — while at the Wanaka A&P Show yesterday are (from left) Grace (3), Derek (5), Mason (8) and Aiden (3) Wootton, of Hawea.
Brides-to-be take note. Having a sheep at a wedding is apparently all the rage in the United Kingdom.

But not just any old sheep - the Valais Blacknose, which originates from Switzerland, and is dubbed the world’s cutest sheep, is the breed of choice at wedding venues.

It might not have been a wedding but Abraham the ram was a crowd-pleaser at the Wanaka A&P Show yesterday.

Abraham was the first lamb born from 25 embryos imported from the UK by Motueka couple Lindsay and Sally Strathdee and Wairarapa-based business partner Christine Reed.

But the donor ewe was not the motherly type and "dumped him", so the little lamb spent his first 10 days in their house wearing double nappies, Mrs Strathdee said.

Abraham loved people but he did tend to get a bit stroppy when he was around ewes, as he tended to be very possessive, she said.

Among the first to do so, the trio brought the breed to New Zealand about eight years ago and semen from their flock is now being marketed in the United States and Canada.

Mr and Mrs Strathdee met at Lincoln College 40 years ago but could never afford to go farming, Mr Strathdee becoming a financial adviser, and his wife a midwife.

Living on the edge of Christchurch’s red zone, they were affected by the earthquakes and spent five years "fighting" to get payment for their house.

When it came through, it meant they were able to move to Motueka, buy 100ha and the intention was to run some cattle in their retirement.

But then Mrs Strathdee spied a photograph of the Valais Blacknose and was smitten. The breed was "fascinating" and the very docile sheep tended to be more dog-like than sheep-like, she said.

Given the interest in the breed in New Zealand now, UK breeders were charging $NZ2000 to $NZ3000 an embryo.