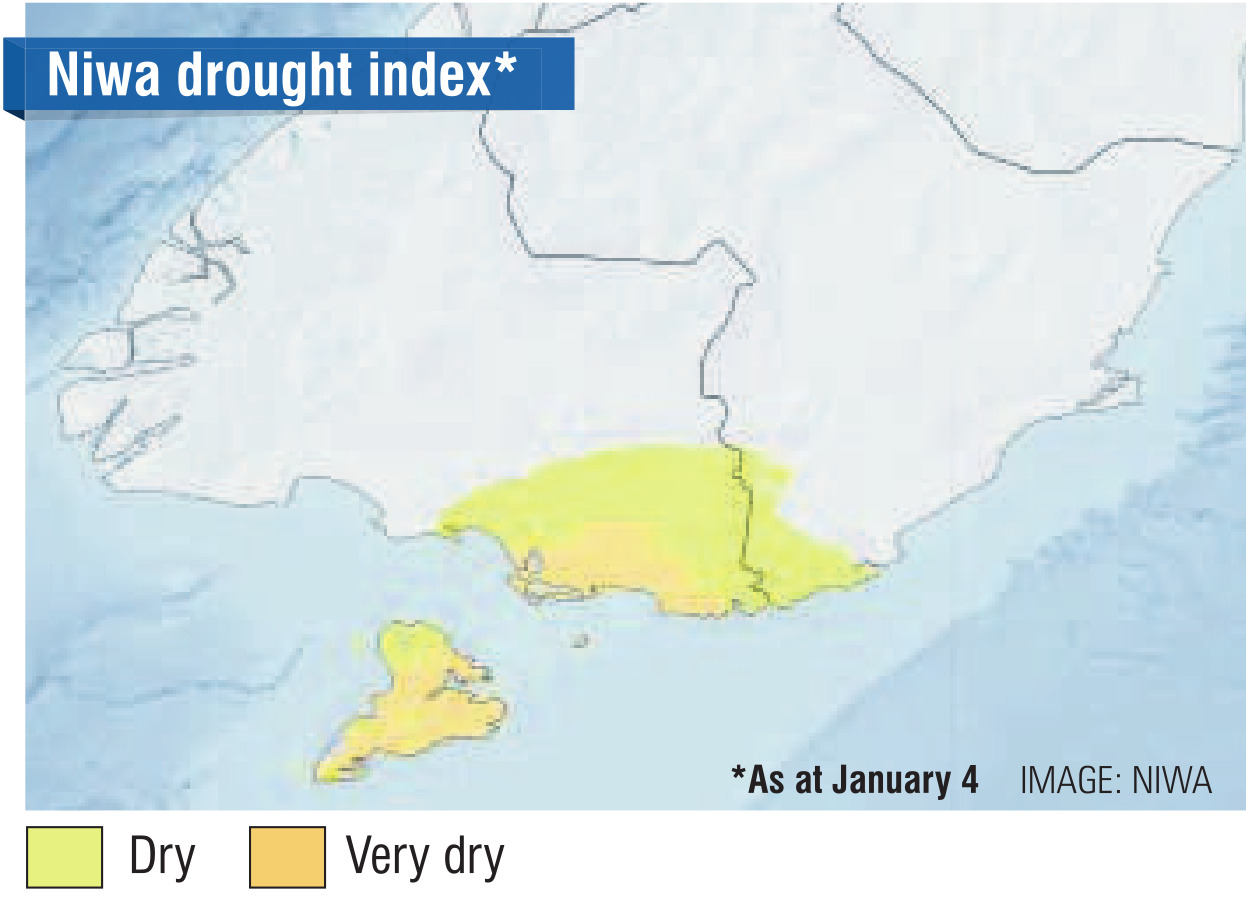 Farmers are preparing for a possible long dry spell in parts of the South as La Nina starts to take hold.

Niwa meteorologist Ben Noll said little rain had been falling in South Otago, Eastern Southland and on Stewart Island over the past month and ground conditions were becoming very dry.

"What we’re seeing is a result of abnormally dry conditions, which have been going on for the last several weeks to a month or two.

"It’s one to watch because there isn’t a whole lot of rain forecast. We’re not seeing a lot in the way of relief coming soon.

"It will be interesting to see if the dryness expands in the coming weeks."

There had been good spring rainfall in the areas, which had set up farmers with plenty of grass in the early part of summer, but many might have to start delving into their winter feed supplies soon if the dry conditions continued, Mr Noll said.

"If this persists, it will create challenges for farmers."

The abnormally dry conditions were being caused by the La Nina weather pattern affecting the country at the moment.

"During La Nina you do have more northerly and northeasterly winds that are warm winds, and as they transit down the country, a lot of their moisture gets stripped away as it passes over the land.

"Usually, if it was to turn dry in Southland, you would be giving a round of applause.

"But too much of a good thing — in this case, nice dry weather — can eventually turn into a bad thing."

Federated Farmers Southland vice-president and Gore farmer Bernadette Hunt said conditions were very dry, but she believed it was "a normal summer" for farmers at this stage.

"It is starting to get noticeable — it’s on the drier side.

"I don’t think it’s anything that anybody is getting too worried about yet, but people are keeping a close eye on the forecast and are grateful for the small bits of rainfall that we are getting."

If the dry conditions continued, it could become problematic, she said.

"There’s loads of [winter] feed been baled and our stock is in good nick, so we’re in a pretty good place, really.

"Most farmers are pretty well set up if we do get a long period of dry."