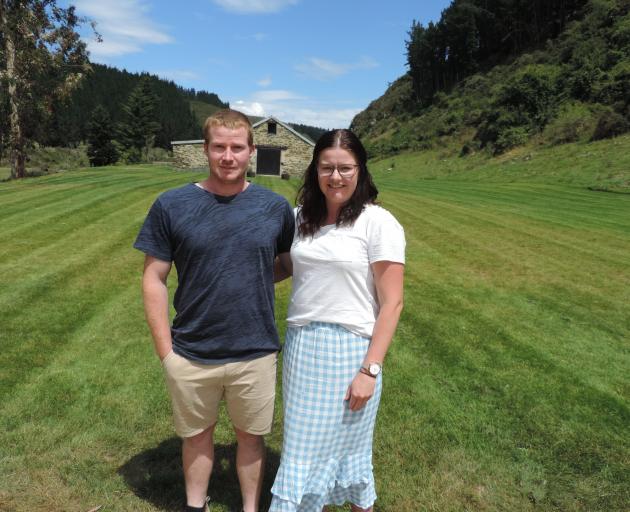 The 126-year-old schist barn is situated on the Hutton family farm, Charleshope, close to Danseys Pass and a stone’s throw from the banks of the Maerewhenua River.

The barn was built in 1895 as a shearing shed, and then used to store grain and wool. After a new woolshed was built on the farm, it was further reduced to storing ‘‘junk and stuff’’, Mr Hutton said.

The couple had returned to the farm where Mr Hutton grew up two years ago, after travelling overseas. Miss Taylor grew up nearby at Five Forks.

During the first Covid-19 Level 4 lockdown, they decided to tidy the shed up, she said.

‘‘We didn’t have the idea of making it into a venue straight away. Then, we just cleaned everything out, and James wanted it to be a workshop, but he couldn’t fit his trucks in. 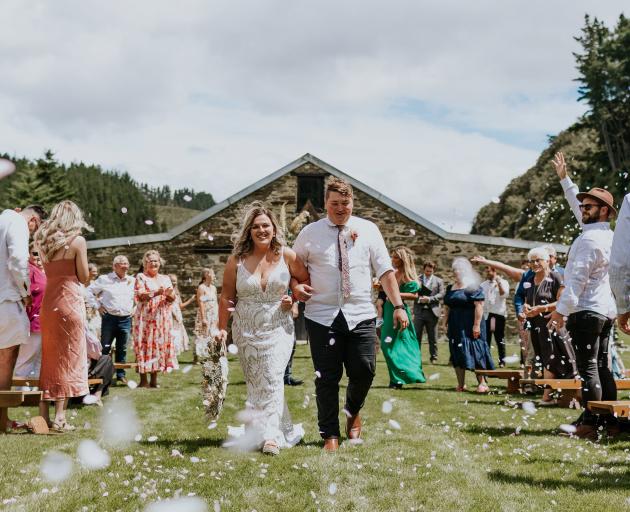 The wedding of Georgia and Taylor Banks on January 6, was the first ceremony to be held at Ben Lomond Barn. PHOTO: SUPPLIED/RACHEL WYBROW PHOTOGRAPHY
‘‘So then we were like, OK, it’s quite a cool venue. There’s nothing really similar around here. It’s not Oamaru stone either, which makes it a little bit different.’’

They named the barn after the highest peak on the farm, and began the process of applying for resource consents — which had proven to be the biggest challenge so far.

They were now in the process of exploring how to make the building structurally sound, and coming up with a design that left the outside structure intact, but would cater for more people inside, and possibly incorporate some toilets.

‘‘Once structurally sound, that allows us to hold functions inside, and that opens up a new avenue, obviously,’’ Miss Taylor said.

The first wedding ceremony took place on the grounds earlier in the month.

The barn had also been used for friends’ wedding photos, and a 125-year celebration was held there with family at the end of 2020.

A marquee could easily be set up on the grounds and the pair were ‘‘on-hand’’ to help with anything required.

‘‘It depends what the couple wants, really . . . We can leave if they want us to leave,’’ Mr Hutton said.

Miss Taylor is a teacher at Glenavy School, while Mr Hutton works on the farm, and they were planning to run the venue around their full-time jobs. They had not done any advertising yet, but anticipated being quite busy once everything was ready to go.