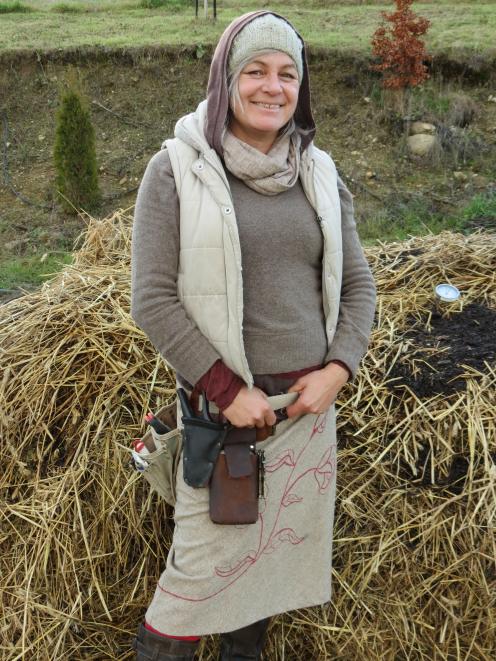 As one of the conveners of the New Zealand Biodynamic Association's conference, which was held in Clyde and Wanaka, Su Hoskin, of Cromwell, was delighted by how well the event went last month. Photo: Yvonne O'Hara
Maori star lore, the winter solstice and water and earth energy were popular topics for the nearly 100 people who attended the 2018 New Zealand Biodynamic Association's conference, in Clyde and Wanaka from June 22 to 24.

One of the organisers, Su Hoskin, who is in charge of the organic and biodynamic practices at Domaine-Thomson Wines vineyard near Cromwell, also sits on the association's council.

''The theme was water and light.''

She was particularly pleased to see about half those attending were young people, who were interested in biodynamic principles.

''That was good to see, a great turnout from young people, and quite different from normal.''

The conference started with an introductory workshop at the vineyard on June 21.

She, fellow organiser Sytze Riemersma, of Cromwell, and Rachel Pomeroy, of Havelock North, talked about biodynamic principles and preparations that formed the core of the philosophy.

The group also made a large compost heap, which was making heat a week later.

Speakers included Ms Pomeroy, who talked about Maori star lore, and the link between biodynamics, crop planting and the stars.

Thea Maria Carlson, the American Biodynamic Association's executive director, and Ian Trousdell, of Sussex, who is the director of The Foundation for Water, were key note speakers.

In addition there was a discussion and workshop by Marinus La Rooij, which looked at preparations.

Delegates also had the option of visiting two properties near Cromwell where owners used biodynamic practices - those of Valda and Otto Muller, of NZ Nuts, who grow various nuts, and Lyn James and Graham Smith, who have a lifestyle block and orchard.

Mrs Hoskin said the association intended to hold another conference in 2020.

However, she planned to step down from the council as she had completed her three-year term.

That meant she would have more time to focus on running workshops and the Otago Biodynamic Discussion Group.