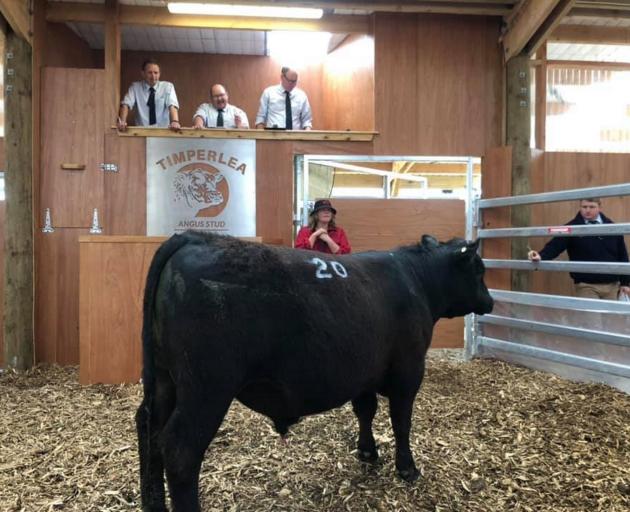 Marie Timperley checks on one her bulls in the ring at Timperlea Angus' first on-farm yearling bull sale. Photo: Supplied
Prices at a recent Oxford bull sale have exceeded expectations.

Timperlea Angus sold 26 yearling bulls for an average price of $4300 at its first on-farm yearling bull sale on October 11.

''We've never had it that high before, but beef is going really well at the moment and I hope it's good value for our clients.''

The day's top price was $11,500 paid by Kaiwara Angus of Culverden.

Ms Timperley said 26 yearling bulls and 10 heifers were sold, with the bulk going to farms across Canterbury and a few heading to the North Island.

The Timperlea Angus Stud was established in 2001, when an Angus heifer was bought from Ms Timperley's grandfather Fred Stevens.

The herd has grown from there and was recently increased to 120 breeding cows.

''I love how they are so versatile and the gene pool is so high in New Zealand that you can get pretty much what you want.''

''They've got a good temperament and they adapt easily for the country that you are on,'' she says.

She manages the 398ha farm in the Waimakariri Gorge, which is owned by her parents, Clarence and Linda Timperley, farming 1800 stock units of cattle and a few sheep.

''Both sides of the family have been farming for generations, mainly in dairy and pigs.

Her parents and sister, Victoria Traynor, are dairy farmers, with Victoria being a director on the Waimakariri Irrigation Ltd board.

Ms Timperley is also active in showing, being vice-president of the Oxford A&P Association.

''I love the show and I love the people involved.

''Previously, we've entered cattle in the shows, but not in the last few years with Mycoplasma bovis.

''I mainly did it to support other young people, but now we're waiting for a bit more clarity around M.bovis.'' 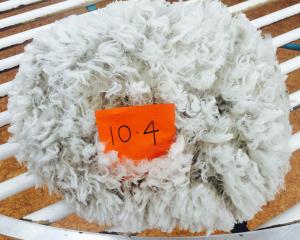 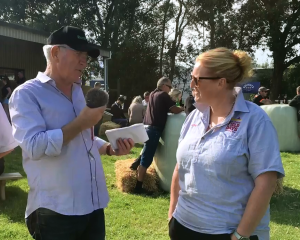 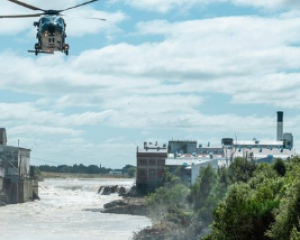