Central Otago family recognised for excellence of their wool 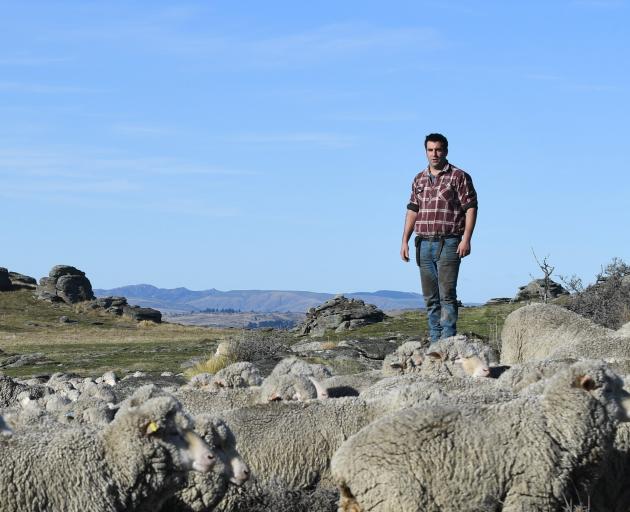 Willie Jones at home on Matarae Station. Photo: Stephen Jaquiery
The Jones family, from Matarae Station, have been recognised for the hard work and effort that goes into producing their high quality merino wool.

Willie and Emily Jones, along with Mr Jones' mother Juliet, who classes their wool, were presented with Reda Group's Marque of Excellence 2017-18 - or top supplier - at a function in Wanaka last week.

Elliott and Nikki Heckler, from Olrig Station, near Galloway, were second and Bevan and Tiffany McKnight (Merino Ridges), in the Ida Valley, were third.

Mr Jones was delighted to receive the award, which included a trip to Italy.

Matarae is a 5500ha property in the Strath Taieri which recently featured in spectacular footage - featuring the landscape, livestock and family - for Reda's marketing.

The Jones family has had a long-standing passion for wool and it put a lot of emphasis on the style and type of wool the Italian market wanted, Mr Jones said.

While there had been a push towards broader types, there was still a premium for a traditional spinner-type.

The Jones family welcomed the connection and relationship with Reda, which was selling to the end user.

In 2016, Reda signed a $45 million deal with the New Zealand Merino Company. Under a five-year contract to source fine wool from NZM, 2500 tonnes would be shipped to Italy.

For Mr and Mrs Jones, as a young couple embarking on their farming career and taking on debt, having contracts in place out to five years was valuable, particularly when it came to dealing with the bank.

Mr Jones' parents Ron and Juliet still lived on the farm, but were spending more time off it as the younger generation took over.

The down side was crossbred wool was ``rubbish'' - the Jones family also farmed Romneys at Matarae and were not getting rewarded for the wool they produced.

Mr Jones was excited about the future and the opportunity to work together with Reda to push the sustainability message to consumers.

The more education there was, the more people who would buy merino products, which meant the future looked promising.

Another award presented was the Reda Sustainability Award - for the first time - and it was in support of the ``most ecofriendly grower'' in New Zealand.

Awarded to David and Kerri Sutton, from Waitangi Station, on the northern shores of Lake Aviemore, it was created out of a desire to officially recognise and reward the farm that had demonstrated an exceptional and growing sensitivity with regards to animals and the entire ecosystem, Reda said.

Eligibility for the award required several fundamental elements in addition to compliance with national regulations, including the abstention from mulesing practices, high environmental awareness, traceability of raw materials and compliance with the high qualitative standards that characterised Reda manufacturing.

Mr and Mrs Sutton received a monetary prize that could be used for additional green initiatives.