Speakers at the Southern Dairy Hub field day were, from left, Dairy NZ's Richard Kyte, Environment Southland's Anastacia Raymond and Nathan Cruikshank. Photos: Ken Muir
Southern Dairy Hub business manager Guy Michaels said the key takeaway from last week's field day at the Hub near Wallacetown was that there is a range opportunities for farmers to save money and reduce nitrate (N) leaching.

''While it is still early days for our research, our monitoring programme being carried out in association with AgResearch is starting to provide a picture of the differences in nitrate leaching in different situations,'' he said.

About 40 people attended the field day.

Scientist Dawn Dalley said it was important for farmers to look closely at their fertiliser application on crops. 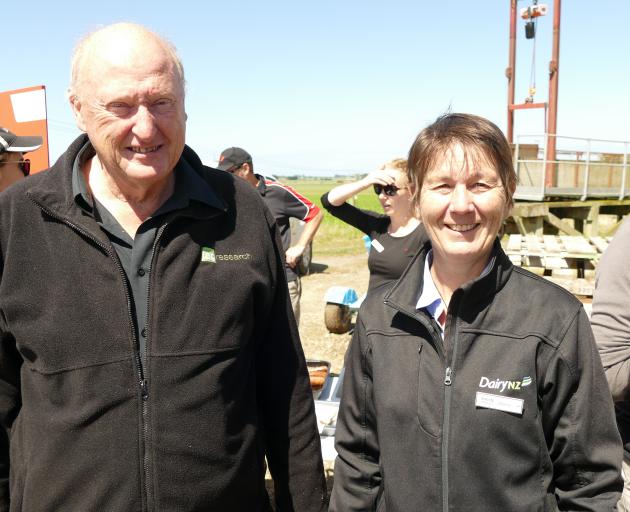 Speakers at the Southern Dairy Hub field day were AgResearch's Chris Smith and Southern Dairy Hub lead scientist Dawn Dalley
''There's a need to look closely at fertiliser use on different paddocks taking into account their history,'' she said.

''First-year paddocks have different requirements from those that have been used for a number of seasons.''

She said it was important for farmers to work closely with their technical advisers to make sure they had the correct fertiliser regime.

The Hub is using three different farming systems for its research. Ms Dalley said one thing that had emerged so far was that there seemed to be little variation in pasture quality across the different systems.

''Differences across the systems are being superceded by paddock-to-paddock variation at this stage,'' she said. 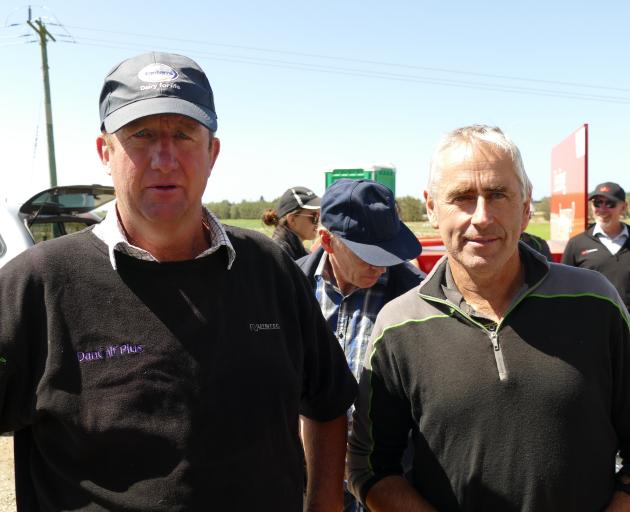 Crude protein levels were low, despite high clover content in many pastures, she said.

''High-quality pasture was on offer through spring but since November there has been a wide range of results between paddocks.''

So far as the winter crop feeding plan for the Hub goes, yield assessments for all crop paddocks will begin in mid-March.

Reporting on the effect of crop type on N indicators, Ms Dalley said the fodder beet diet for the R1s was deficient in crude protein and there was a lower growth rate in that group of animals.

The kale diet for cows had more surplus crude protein than the fodder beet diet.

Complete autumn and winter feed budgets will be completed and this will include finalising the order of crop paddock grazing.

This will include a soil testing regime.

Besides looking at N leaching, the field day, which was held on February 20, looked at feed quality, including results from the 2018 winter crop and discussed the autumn and winter planning and how grazing would be implemented at the farm. This also took into account environmental issues.