Incumbent chairman Rob Hewett announced he was stepping down from the role at the co-operative's annual meeting in Dunedin yesterday.

It was part of a succession programme and while he would still be ''here for a while'', it was time for ''fresh hands'', Mr Hewett said.

Mr Young, a West Otago farmer, was appointed as a farmer director in late 2013, at the same time that Mr Hewett took over from retiring chairman Eoin Garden.

Mr Young stood down as chairman of Meat Industry Excellence - a group that was seeking industry reform - to seek election to the board.

Speaking at the meeting, he acknowledged Mr Hewett's contribution, on behalf of the board, saying he had guided the company through challenging times and his leadership was integral in getting results and where it was today.

After the meeting, Mr Young told the Otago Daily Times he was looking forward to the challenge.

Having Mr Hewett remain on the board provided some continuity and he also believed it was good having separate chairmen of the operating company and the co-operative.

He had loved his time on the board, which he described as a great team. There had been some big challenges to deal with and go through, he said.

Mr Young and his wife, Keri, operate a 300ha sheep and cropping property at Tapanui. He has a bachelor of commerce in economics from the University of Otago.

As part of the succession programme, that allowed him time to set things up at home to enable him to take on the position, he said.

It was a time of change on the board. The first board-appointed farmer director, Gabrielle Thompson, from Ashburton, was attending her first meeting, while independent director Tony Balfour was also retiring.

Mr Balfour said he was ''super confident'' about Silver Fern Farms' future. He believed it was in the best position of ''anybody, potentially'' in the world, given the trends.

It was incredibly well positioned, ''but we have to chase it down; it's not going to land at our feet. We have to go and get it'', he said.

Mr Hewett believed the future of the business had never been brighter and it was on the right path. It just needed to execute accurately and at pace.

He thanked shareholders for their continued support of the co-operative and all the support and advice he had received in the role. It had been an ''eventful ride'', he said. 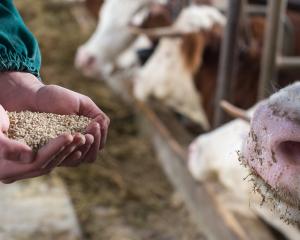