A woolhandler tosses a fleece at a competition in Invercargill last year.PHOTO: STEPHEN JAQUIERY
Bruce Abbott acknowledges he has got a lot out of the wool industry and, conversely, he always felt he should put something back.

Mr Abbott (74) retires at the end of this year as executive officer of the New Zealand Wool Classers Association. He will still keep his hand in an industry in which his involvement has spanned 60 years.

Established in 2006, NZWCA was established to promote the interests of its wool classer, grader and woolhandler members. It also welcomed participation of people working in other parts of the wool value chain.

Mr Abbott, who lives in Mosgiel, was on the board of NZWCA for four years before being appointed executive officer, a role he has held for six years.

The organisation had changed over the past six years and he acknowledged he had probably driven the change, but with the support of the board around what it did and what it had got involved with.

NZWCA chairman Bill Dowle said Mr Abbott had taken the organisation to ‘‘another level’’ through the relationships forged with other industry organisations and companies.

Mr Dowle spoke of his drive, enthusiasm and perseverance — ‘‘he’s going to be very hard to replace’’ — and acknowledged his lifetime of service to the wool industry.

Mr Abbott grew up in Dunedin and, after leaving school, worked with his Waimate-based brother-in-law Bryan Wright, who was a wool buyer, for six months.

He then got a job with National Mortgage as a trainee classer followed by a year working in woolsheds in Australia.

He was then accepted for the diploma in wool technology at Massey University after which he returned to Dunedin and National Mortgage. 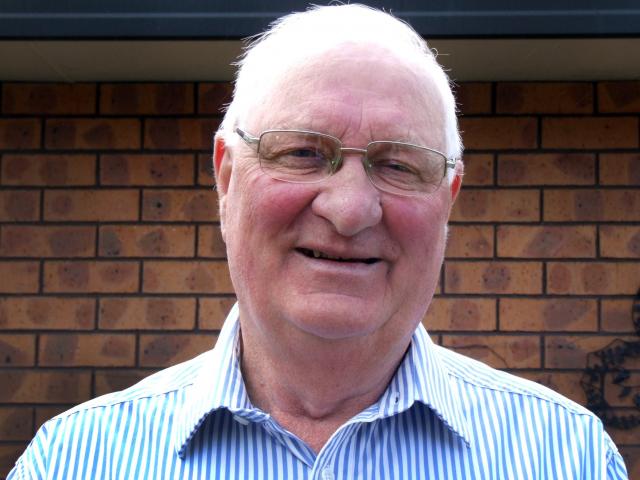 Bruce Abbott. Photo: Sally Rae
That was followed by working in wool scours in Timaru, Sawyers Bay and Wellington, before a role in the New Zealand Wool Testing Authority’s head office for a year in Wellington.

He and his wife, Pat, and their two children, then returned to Dunedin where he ran the Dunedin office for NZWTA.

A complete change followed; he left the wool industry and he and his wife ran the YMCA in Moray Pl, before Mrs Abbott got a job running the chalet accommodation in Cromwell for the polytechnic.

The couple also had a stint owning and operating the Millers Flat Store and Mr Abbott was chairman of the Millers Flat Water Company which brought the community-owned drinking water scheme to the town.

Mr Abbott used to class 15 clips a year, including Halfway Bay, Cecil Peak, Walter Peak, The Branches and Motutapu. That included 100 days ‘‘on the trot’’ without a break.

Now he was only doing a few, but it kept him in touch with what was going on and it helped him as far as the association was concerned.

He would not be giving that up while he was fit enough to do it, and he also might stay a bit involved in the education side, he said.

In his role at NZWCA, a focus had been education; NZWCA had actively promoted the certificate in wool technology (level four qualification) which was now run by the Southern Institute of Technology through its Telford course.

Over the past three years, there had been about 30 students enrolling each year which had been a trebling in participation.

It had also worked with Primary ITO and SIT to establish anew wool grading qualification that would provide the wool harvesting industry woolhandlers with the knowledge to prepare for sale crossbred and mid micron hogget wool that did not need such rigorous handling as wool required for classing. The first entry of 14 students took place in October.

Mr Abbott had always been concerned about grading crossbred clips and he believed that course was essential for the crossbred wool industry.

Concerns have been expressed in recent years that the standard of strong wool preparation has slipped, mainly the result of low prices.

Minimum standards for wool classing and grading were drawn up in consultation with the wider wool industry and were set out in the NZWCA publication Clip Preparation —Best Practice Guidelines.

Those guidelines were last reviewed in 2007 and NZWCA was keen to see them updated to reflect changes in customer demand and wool types.

Another thing he had concentrated on was improving communication, including keeping people informed.

Over the past 15 years, NZWCA has been holding refresher courses/field days for members and workers in the wool harvesting industry.

Those days had grown from one to two events a year, to an average of five. While they had a strong focus on reinforcing standards for wool preparation, they had been expanded to include woolpressing standards, wool recognition exercises, documentation, displays of contamination, health and safety and displays of wool products, along with a range of speakers.

An industry day in Oamaru last month was attended by about 80 people, ranging from wool buyers and brokers to classers, farmers and representatives from scours.

There was a lot of discussion about conditions in woolsheds and Mr Abbott said he could only keep reiterating that sheds needed to be cleaned before shearers went in.

There needed to be proper toilet facilities and proper catering facilities provided and generally — ‘‘just being tidy’’.

Having messy sheds did not help the major problem in the industry — contamination.

One comment made over Covid-19 was from a shearer who said how nice it was going into clean sheds, he said.

Another issue was brands — all brand should be removed. A major problem happened at scanning time, and even though spray cans said they were scourable, that was not necessarily the case.

The world had changed during Covid-19 and it was not going to be the same. A movement against plastics would not change things overnight, but would over time.

He believed the industry had to ‘‘go back to pre-gate’’ and the best possible product needed to be produced.

‘‘We’ve got to go back to the breeders and say, ‘you’ve done well breeding sheep for meat, what about the wool side?’ I still believe that we need to encourage our ram breeders to look at producing a sheep that is producing good wool too, not just meat.’’