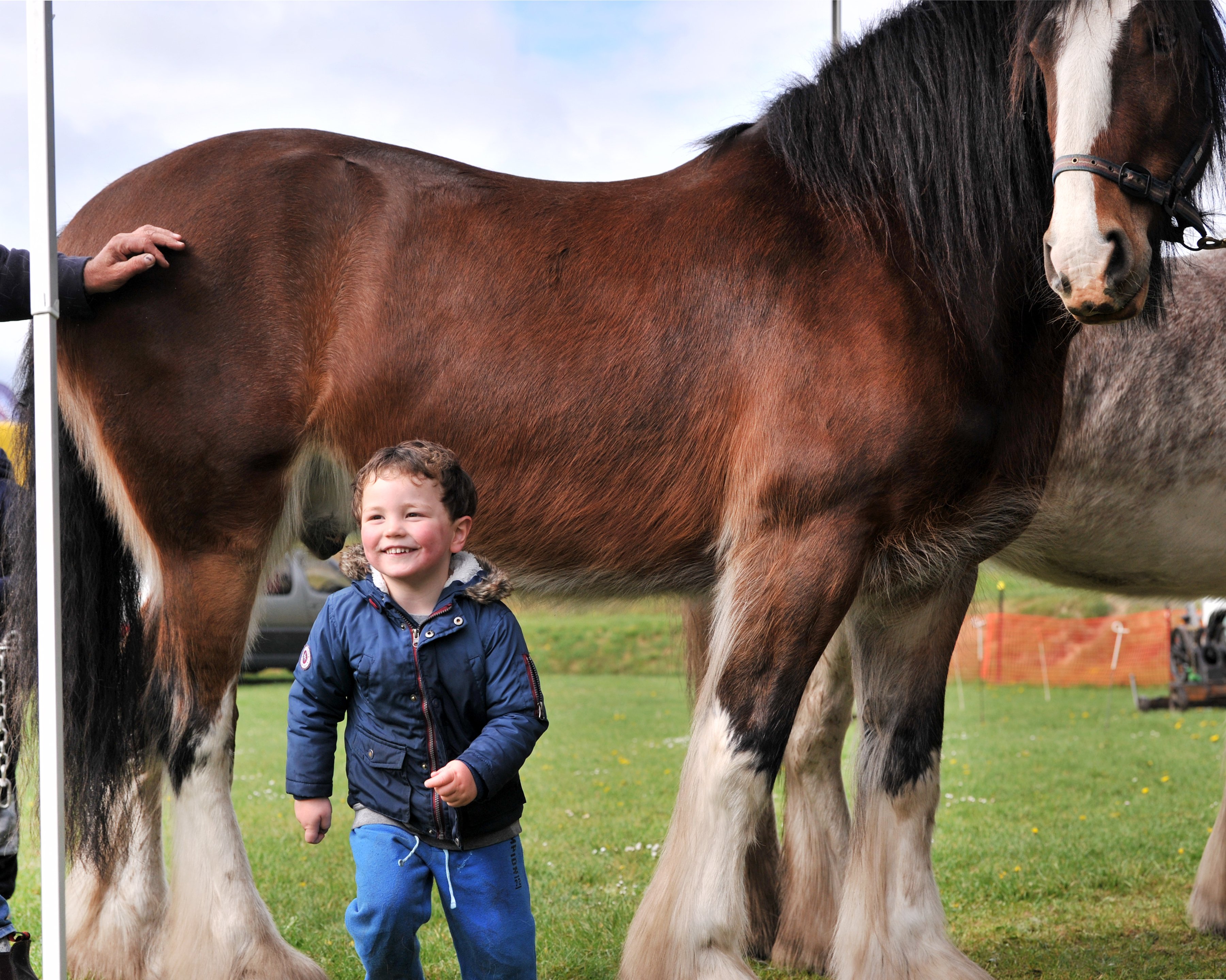 Mr Booth, who has 17 Clydesdales, enjoyed dealing with the public and both he and the two horses were very patient with the children clamouring for a closer look.

The two-day event, which continues today, moved back to its original site at the Palmerston Showgrounds as it was being planned during Covid-19 Alert Level 2, and allowed for more space than its previous location at the saleyards, chief executive Paul Mutch said.

Initially, organisers thought there might be 30-odd stallholders but he was delighted they ended up with about 78 and had to turn some away. It was the fifth time the field days had been held and it was all run by volunteers.

Despite some showers yesterday, Mr Mutch was pleased with how the event was going. A new innovation was a speaker series with topics ranging from regenerative agriculture to environmental legislation and management.

Dave Hay, from Ewan Allan Honda, at Outram, said business had been frantic coming out of lockdown - "we couldn’t keep up" - but was starting to flatten out a bit now.

The business was ahead of where it was this time last year, he said, because they still had to keep farmers going during that period.

In officially opening the event, Waitaki Mayor Gary Kircher acknowledged the work going on at Ohau and Livingstone with the devastating fires in those areas, and those affected by them, particularly home owners at Ohau and farmers affected in both areas.