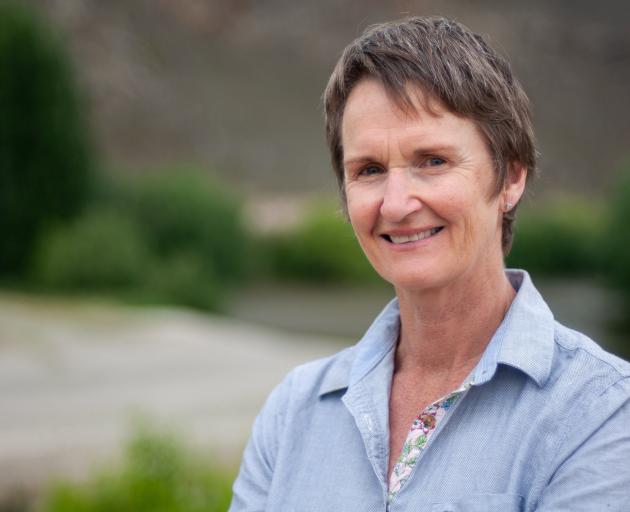 Alexandra journalist Lynda Gray has documented 50 years of deer farming in New Zealand in her book In Hindsight. PHOTO: SHANNON THOMSON
There is no doubt New Zealand’s deer farming industry has a colourful and rollicking history.

Just one example of that is featured in In Hindsight, a recently released book by Alexandra-based Country-Wide journalist Lynda Gray, which documents the industry since the first deer farming licence was granted 50 years ago.

Drawing on a 1989 edition of The Deer Farmer, it recounts the story of deer industry champion Rob Brookes, who began deer farming on 1200ha in the Lilburn Valley near Tuatapere in the early 1970s.

He fenced part of his farm and used both trip-wired pens and helicopters to capture deer from the neighbouring Fiordland bush. Supporting him in the new venture was his wife Peg; one year when the live capture was in full swing, she reared 260 fawns, feeding them three times a day.

Mr Brookes recalled catching five feral deer in an enclosure on a swede paddock. The first one broke its neck, the second its leg, and the third, which he decided to tranquilise, promptly died.

He decided to try to save the remaining two and the deer with the broken leg and made the long journey on a two-cylinder John Deere tractor back to the homestead to phone the vet.

When the vet finally arrived at 5pm, he was reluctant to tell him the deer were a 10km tractor ride away and softened the news by offering him brandy. But that plan was not overly successful because the vet, when finally shuttled to the deer, plastered the wrong leg.

Gray said the research and interviews she did highlighted to her the inherent trailblazing nature of the deer farming industry over a very long period.

"Live capture, the launch of Cervena, quality assurance, environmental awards, the wars against Tb and Johne’s, the Next Generation programme, deer milking ... they’re just some of the many examples of visionary action that’s shaped the industry into what it is today,” Gray said.

The seed for the book was sown in 2016 in a passing conversation with deer industry stalwart Tony Pearse, who mentioned the 50th anniversary since the first licence was issued was approaching in 2020.

Back then, a licence had to be obtained to hold and farm deer, "which was just putting them behind fences", Gray said.

It got her thinking; while she was aware books had been written on the subject previously, she thought it might be a good chance for an update and to look at the industry more from a people perspective.

As a starting point, she drew on deer industry award winners and managed to track down most of them. It was a relatively small industry and those involved were very passionate about it.

"It was quite easy to find my way and learn as I went — I found it very interesting," she said.

She talked to a wide range of those involved in the industry, from vets — who described it "like a blank page" — to farmers for whom, after putting deer behind fences, it was a case of "then what?"

The industry attracted entrepreneurs such as Wanaka’s Sir Tim Wallis and tax incentives meant city investors were enticed into the industry, leading to a "unique mix" and the speedier development of the industry in its early years. Bush shirt-wearing farmers were rubbing shoulders with Auckland lawyers and accountants, she said.

Otago and Southland played a large part in the early stages of the industry and the Invermay research centre was a "logical" place for farmers to turn to for information.

The industry grew over the course of 50 years from being based on the use of a feral pest to to farmed livestock and a $320million export industry.

Deer went from being a pest that was costing NZ huge amounts of money to a major export earner for NZ. Wild venison recovery could again be a great earner for NZ. But 1080 is blocking that. No prizes for guessing who the biggest producer of farmed venison is in NZ. The NZ Govt who allows 1080 in the first place. The export returns could be reinvested into pest control and be self-funding and create jobs for rural NZ.
This could also be done with possums as pet food...