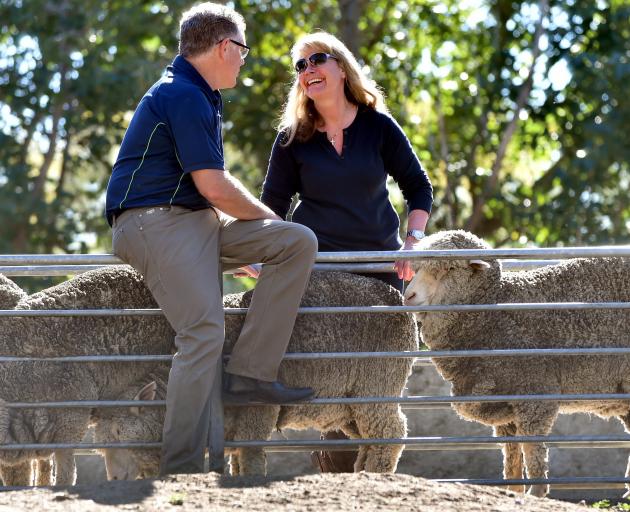 After about 28 years in the wool industry, Mr Smith remains a staunch advocate for the natural fibre, which he described as "the most amazing product in the world".

Devold is a Norwegian-based high performance wool clothing brand which dates back to 1853, when its founder came up with the idea of knitting wool sweaters for fishermen. It celebrated its 165th anniversary last weekend.

It has continued to work with wool since its establishment and its core strength is now in base layer merino clothing. It also manufactures mid-layer clothing, along with socks and accessories.

Mr Smith, who has been working with Devold for the past seven or eight years, said the company’s main focus was quality.

It was very keen on getting "fully vertical" and it had built a state-of-the-art spinning factory in Lithuania, where fibre arrived as yarn and came out as garments ready for retail.

It had a desire to go back even further to know where its wool came from and, for the last three years, it had direct supply contracts with growers in New Zealand.

Devold had a "sheep to shop" strategy and, if farmers provided enough wool, then garments were produced with a swing tag bearing the name of the farm where the wool came from. One example was the Paterson family, from Armidale, at Gimmerburn.

That was "real traceability" and the wool only changed hands three times — from the farmer to the broker to Devold, he said.

Devold also wanted to get to know its growers personally and chief executive Cathrine  Stange had visited farmers in New Zealand, Australia and South America.

The company had seen some "incredible" growth in its sales and Mr Smith was a firm believer in the story it was telling. So when the opportunity came to be part of the Devold team, he jumped at it. He was in charge of all purchases of raw material globally, from Australia, New Zealand and South America, and now had the ability to give direct feedback from a retail brand to farmers.

This month, Mr Smith was thrilled to take a group of New Zealand growers, including Simon and Sarah Paterson, to the launch of the "sheep to shop" programme at the OutDoor retail show in Germany. The group would also visit the mill in Lithuania and Devold’s headquarters in Norway.

The three micron categories Devold was aiming for was 17.5, 18.7 and 20.5, and amounts being sought from New Zealand were expected to grow.

Mr Smith was recently appointed to the global executive committee of the International Wool Textile Organisation (IWTO), and he has also been heavily involved with Campaign for Wool.

He was  keen to do anything he could  to help and promote wool.

He believed there was an opportunity for the fibre, as petro-chemical companies were "trying to get on the green bandwagon".

That meant wool was in the right space to take full advantage because of its attributes, he said.