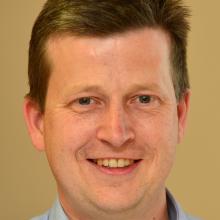 Company founder and inventor Olaf Bork said Mastatest  was an on-farm or veterinary clinic-based bovine mastitis test which generated results within 24 hours, enabling dairy farmers to select specific antibiotic treatments recommended by their veterinarian once target bacteria had been identified.

The early  growth-stage company, which is based at the University of Otago’s Centre for Innovation, was also negotiating with a European distributor and  seeking an alliance in the United States, he said.

Mastitis, which is inflammation of the udder, was a costly financial burden to the dairy industry, both in New Zealand and globally.

It was predominantly treated using antibiotics and treatment  accounted for the largest single use of animal health antibiotics, Dr Bork said.

Founded in 2013, Mastaplex’s innovation process started within the University of Otago before he invested in the Mastatest technology, Dr Bork said.

Mastatest was the first technology globally available to determine both the type of bacteria causing the mastitis and the antibiotic sensitivities against that bacteria in raw milk, using advanced "cloud" diagnostics, he said.

Test results were supplied electronically to veterinarians, so antibiotic recommendations could be tailored for dairy herds and cows.

It monitored antibiotic sensitivities in New Zealand, with data collected from individual cow and herd level, to enable the responsible use of antibiotics in local herds.

Partnering with AgriHealth would support rapid Mastatest uptake in New Zealand, enabling more veterinarians and farmers to use Mastatest frequently, and manage mastitis more effectively, to reduce the financial burden of the disease, he said.

Mastaplex received the tech incubator award through WNT Ventures and Callaghan Innovation in 2015.