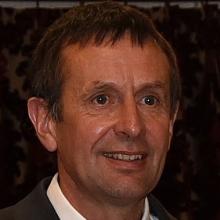 Garry Nixon
Rural communities are vulnerable to the impact of Covid-19, and strict measures must continue to be enforced, a University of Otago academic says.

University of Otago associate dean (rural) and Dunstan Hospital rural doctor Garry Nixon said residents of rural towns were on average older, had a lower socio-economic status, a higher percentage of Maori population and less access to health services than in urban areas.

“This does make them particularly at risk to something like Covid-19.”

Rural hospitals lacked surge capacity, meaning they were driven by acute need and did not have elective surgery that could be cancelled in order to create urgent additional capacity.

"In Invercargill and Dunedin we’ve seen those cancellations, but in rural areas that’s just not possible."

While the isolation and low population density of rural areas could help prevent the spread, Dr Nixon said the Government needed to ensure the population did not move around unnecessarily.

"There is potential for isolation to be an advantage in this case, as long as it does not enter the community.

"If people decide to use their holiday homes for isolation, that’s where you will see issues because you don’t want people moving around."

In Norway, people had been banned from using their holiday homes for isolation, a good example of a proactive step, he said.

"You’ve got to limit movement in rural areas."

He felt "well-led" by the New Zealand Government.

"It’s been really good to see that strong messaging out there.