Expert: NZ should lead on carbon 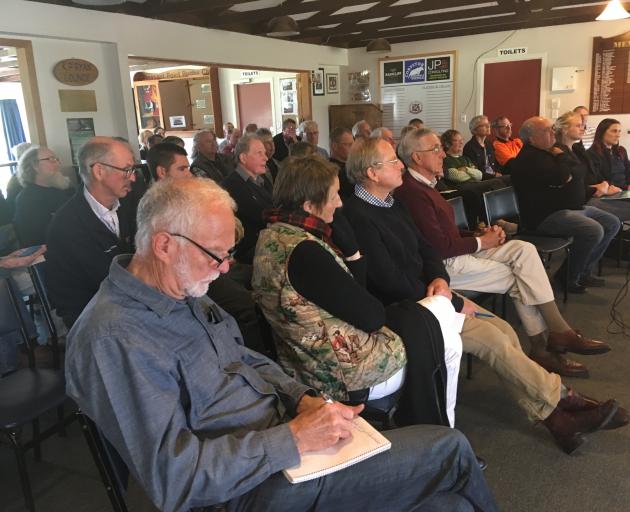 Crowd members listen to the "making sense of carbon on your farm'' meeting in Pleasant Point. Photo: Chris Tobin
New Zealand's greenhouse gas emissions have an impact of less than 1% globally but the country has to take a lead on the issue, Associate Prof Anita Wreford, from Lincoln University's Agribusiness & Economics Research Unit says.

''In terms of numbers it's not going to make a major difference to emissions,'' she said in reply to a question from the floor at a ''Carbon Unravelled'' meeting in Pleasant Point last week.

''But in terms of showing how it can be done, we can make a difference. We have to do what we can.''

Dr Wreford told a meeting of about 50 people considering the issue ''making sense of carbon on your farm'' that New Zealand's agricultural sector accounted for 48% of the country's emissions.

The Government's proposal was to price livestock emissions from 2025 at the farm level and fertiliser emissions at processor level. Price details were still to be decided.

In summary, she said the pricing would be difficult for farmers unless land use changes were made, reducing methane by more than 10% would be hard, trees and carbon trading provided some opportunities for land management, and acting now would be less painful in the long term.

''If we act now there will be time to do it gradually and not destroy communities and to learn from the mistakes as we go along.

Top-ups were available for fencing and ecological restoration, and native planting.

Radiata pines had been restricted from the ETS scheme for six years, including the year of planting.

Ms Gordon said there was usually a two-month turn around once applications were received.