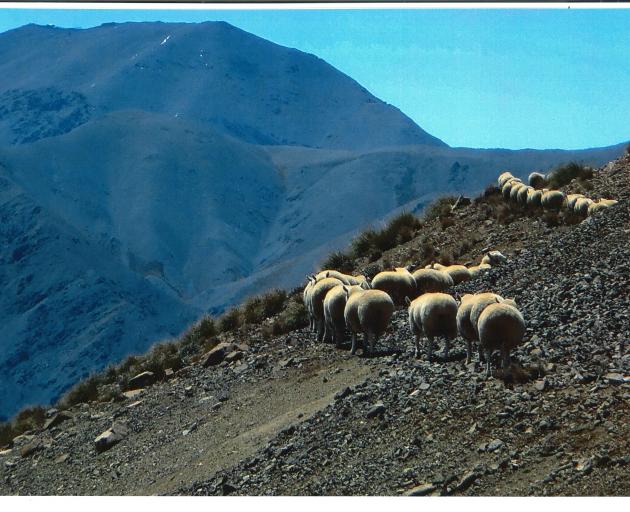 The merino market is the highest farmers have seen in 18 years. PHOTO: SUPPLIED
Merino farmers are lapping up a golden spell in high country farming.

High lamb, ewe and beef prices have combined with near-record prices for sub-16 micron fleece to put them in a sweet spot.

Rakaia Gorge farmer Paul Ensor, from Glenaan Station, said it was a good time to be farming.

"Commodity prices are almost not at commodity levels, but at premium levels. Look across the board, lamb, beef and mutton are all at near record highs. The great thing is the meat schedule is holding up remarkably, which is giving everyone a bite of the cherry and not just the early ones."

Mr Ensor, a director on the New Zealand Merino board, said there was a resurgence in fine wool demand in Europe, now that countries were opening up after Covid-19.

"They’ve had a horrific time in fine suiting with everyone sitting at home in Zoom meetings in their tracksuits instead of fine suits, but it’s coming back. Dressing well makes you feel good and the Europeans are sharp dressers."

Armidale Merino breeding ewes and lambs. PHOTO: MARK CLINTON
This was an opportunity to pay off some debt, invest in environmental projects and absorb record input costs for fertiliser and glyphosate, he said.

"But when you look at modelling for merino hogget finishing it’s still ahead of other enterprises we can run at 41c a kilogram. Historically it was more like 25c/kg."

Meanwhile, the Canterbury Merino Association has confirmed it is holding its Two Tooth Ewe Flock Competition over two days from March 24. Farmers will visit flocks in North Canterbury before a second day in Mid Canterbury.