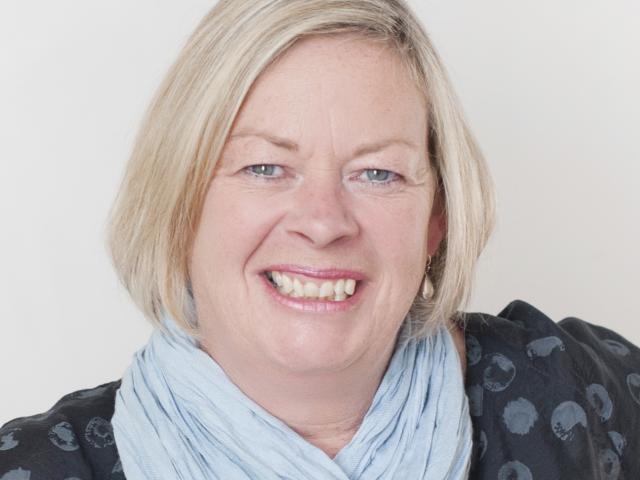 Sarah Barr.
''Who's going to hit me between the eyes next?'

That's the feeling for many farmers, says South Canterbury Rural Support Trust member Sarah Barr, who likened it to the ''perfect storm'' as the farming sector is battered by a constant barrage of pressure, most recently over greenhouse gas emissions.

Farmers loved what they did, she said, but some were asking the question: ''Why am I doing this?''

''I work with families in succession planning and we've got an ageing farm population. Families are questioning if they want to continue.

''I think that question is being raised more particularly regarding the financial side of things.

''They are questioning 'why am I doing this' and saying, 'I wonder if my love of farming is enough to keep me doing it?'''

Mrs Barr wanted more of a focus on the good things that were happening on farms.

''I would like to see that acknowledged and I wish farmers would speak up more.''

South Canterbury Federated Farmers dairy chairman Ads Henriks said farmers were being unfairly singled out as the solution to problems and the ''finger pointing'' had become ''tedious''.

''With global warming, we want to do our share but we're the only ones penalised on gross emissions, not net emissions.''

He would like to see some positive direction from the Government.

''I don't look for hand-outs but why don't they support solar energy on farms? Power is expensive.''

He thought also that if there was such a genuine concern for the impact of emissions on the environment why the government was not considering measures such as carless days, as were introduced in New Zealand at the time of the oil crisis in 1979.

The Reserve Bank has appointed external experts to independently review its bank capital proposals and an announcement is expected by the end of November, and implementation of any new rules from April next year. That has brought further pressure.

''We've come through a time when the banks were willing with funding but things have got tougher,'' Mrs Barr said.

''Without a transition to new Reserve Bank rules, some lending will be challenging.

''In the dairy sector, shareholders have borrowed against their animals. In some cases, there will be reduced equity.

''I've been helping through M. bovis; some farmers have coped OK, others haven't coped so well.

''It's like the straw that breaks the camel's back; the emissions could be the last for some.

''There's a distinct possibility there may be some restrictions on stock rates and farming practice.

''That may affect the viability for some businesses, then they've got water issues that ECan is working on currently.

''Some water has been over-allocated and it's been signalled some businesses may lose their water allocation from the Ashburton River.''

M. Bovis was still having a huge impact on families and it was just not dad out on the farm - mum and the kids were taking the heat as well.

''Children have been bullied at schools about being dirty farmers, and told 'your father is a bad farmer','' Mrs Barr said.

''Wives are often the member of the family that hold everyone together. They need support and that's why the trust runs events to get them off the farm.''

When families sold up, children lost their homes, which was hard.

''We have calls from staff on farms as well, suffering from depression and with employment issues; they feel challenged by the loss of stock.''

She said a key thing for rural people needing professional and wellbeing support was the time involved.

''They can't take half an hour off, it's half a day or if it's staff, a day of leave. It's all exacerbated with their work being isolated.''

Connectedness in rural communities still existed but it was not as strong as in the past, as wives often working off-farm.

''Farmers do it because they love it but now the challenges are so great.''

Since she became involved with the trust in 2013, Mrs Barr said numbers had grown ''exponentially''.

Members of Parliament were aware of the difficulties, she said, and government departments required to ''rural-proof new policies'', but the pain in rural New Zealand was real.