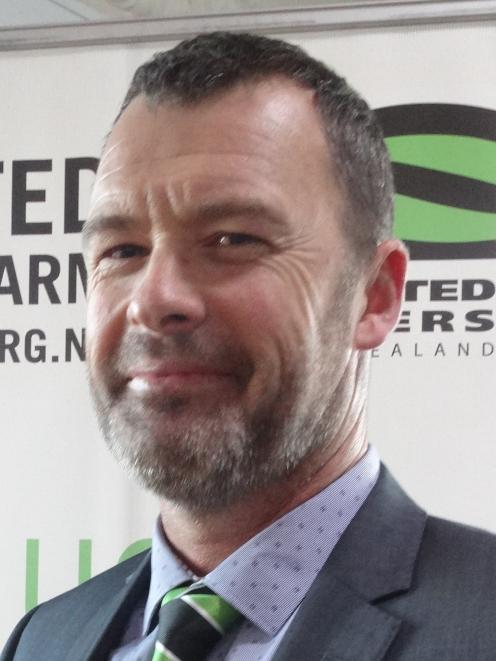 South Canterbury Federated Farmers president Jason Grant believed his sheep farm at Sherwood was sitting at around 60% of the lowest rainfall he had had over the past five years.

"South Canterbury is certainly in a moisture deficit, to the point it is getting quite desperate. Farmers heading into North Otago are looking dry enough to organise meetings with industry people to discuss how dry it is.

"We are holding out hope to potentially get a bit of rain and turn things around. The worst-case scenario is things get drier and drier, meaning farmers run out of feed."

Weather hobbyist and sheep farmer on the Timaru boundary John Macaulay said he had measured not quite 230ml of rainfall on his property for the year so far.

"This has to be the driest year in the 40-odd years I have been measuring rainfall. I started recording it in the mid-’80s and believe this is the driest year since the drought of 1988."

Speaking to friends in the area, he believed that if there was no rain within four weeks South Canterbury would be in a worse position than a drought.

"It will mean that there is no feed for anything. With nothing growing, we have a negative situation where nothing happens and you cannot make it happen without water."

MetService meteorologist Jake Cope said Timaru had had 56% of the rainfall normally expected by mid-October.

"Frequent and strong high pressure in the Tasman Sea has brought mainly westerlies or southwesterlies across South Island, with the Southern Alps acting as a barrier to major rain," he said.

"We did get a couple of sharp, cold southerlies which pushed rain across the region, although we did see snow to low levels too."

Looking towards summer, La Nina could bring colder than average temperatures and enhanced easterly winds across the equatorial Pacific.

When La Nina is strong and persistent, New Zealand is more prone to northeasterly winds and drier conditions.

"The last time we saw a strong La Nina event, in the summer of 2010-11, Timaru saw 125% of the normal November to April rainfall. Signs are positive for a wetter than average few months ahead, but it may not be enough to recover the deficit of the last 18 months."

Niwa meteorologist Ben Noll said there was no drought yet in New Zealand.

"Soil moisture has been significantly below normal for the time of year and should the dryness persist, it would be something to clarify."