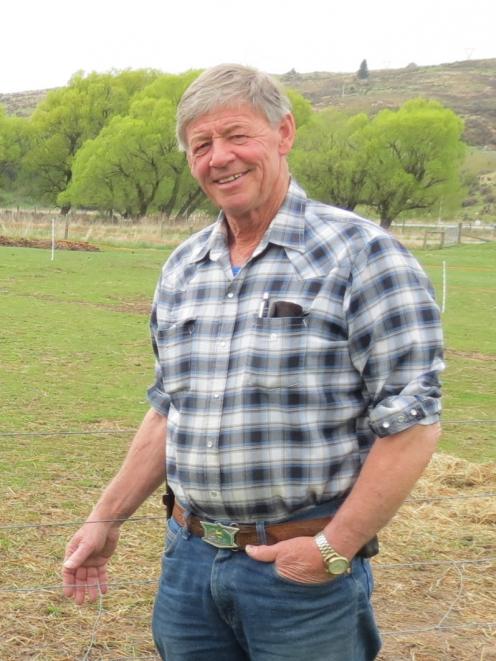 Mr Gillespie is concerned the number of regulatory requirements being reviewed, proposed or under consultation, will have a negative impact on both farmers' livelihoods, stress levels and mental wellbeing.

He is on the Manuherikia Reference Group under the Otago Regional Council, is chairman of the Hawkdun Idaburn Irrigation Company and sits on the Otago Water Resource Users Group (OWRUG).

The most talked about set of regulations at present is the Essential Freshwater Package, with consultations open until the end of the month.

In addition, there is the ORC's Manuherikia River's minimum and residual flow levels consultation.

Deemed mining rights or privileges come to an end in October 2021, which means many Central Otago farmers are required to have replacement consents in place at that point and the deadline will not be extended.

Mr Gillespie said he wanted to emphasise the importance of both the conditions and the consent application ''must be in and acceptable to ORC prior to April 2021 at the latest''.

In addition, any consents relating to water coming across a neighbour's property, to ensure continued supply, under Section 417, must also be in by April 2021.

''It is imperative those applications are done at the same time, otherwise if they don't apply, they will be at the mercy of the neighbour.'' .

Their consent applications would hinge on minimum flows and freshwater regulations.

There was also the recently released Environment Court ruling on the Lindis River minimum flow outcome, which could have implications for setting minimum flows in the Manuherikia River, the Zero Carbon Act, and the Mycoplasma bovis compensation process.

''Irrigation development has slowed down, and there are fewer properties changing hands.''

In addition he had heard some farmers were stressed from the regulatory and financial pressures they were under and had left the industry.

''Stocking rates have a big bearing on it and we [Central Otago] have a totally different scenario to Southland.

''It maybe that cattle may not be grazed without fencing [off waterways] and then we are faced with the issue of [supplying] stock water.''

He was also concerned about dissolved nitrogen levels, which are set at 1mg/litre, as well as proposed e-coli levels.

''Don't complain about e-coli limits if you don't know where it is coming from - ducks, Canadian geese, livestock, humans.''

He encouraged Central Otago farmers to have their say through the submission process.

Consultation on the regulatory dam safety framework closed last year, and associated regulations may require dam owners, including farmers, to ensure their structures are managed and maintained properly and in some cases, will face substantial survey and consultation costs.

He said that might change with the new freshwater regulations.

Any new regulations were likely to impact on the Falls Dam upgrade.

''The Falls Dam project has slowed down at the moment as we want to see where things are going with the Manuherikia River minimum flow consultation,'' he said.

He said it was possible, once the dam upgrade was completed, that the new dam safety laws would make the cost of bringing water from the dam to farms ''pretty horrendous''.

Mr Gillespie said there were expected increased irrigation costs from the Falls Dam, although while only a percentage of the acreage on the affected properties would be irrigated, that still represented a ''substantial cost increase''and could impact viability.

However, he said the irrigated portion was essential as it would guarantee feed and the ability to carry stock through winter and tough times.

Mr Gillespie said the dam was on hold until the freshwater regulations and the Manuherikia minimum and residual flows were in place.