Many southern farmers have been battling with snowy conditions this week with spring lambs’ resilience tested. PHOTO: STEPHEN JAQUIERY
Southern sheep and beef farmers have experienced their worst fall in confidence in a recent survey by Beef+Lamb New Zealand, as the Government’s freshwater rules are cited as a major factor.

Nationally, confidence dropped to the lowest recorded level since August 2017 with less than half — or 46% of farmers — confident in the future of New Zealand’s sheep and beef industry compared to 58% in May.

Farmer confidence was down in all regions, except for the northern North Island, and the largest fall was in the southern South Island at 32% (down 27%), followed by the central South Island at 42% (down 19%).

In a statement, B+LNZ chairman Andrew Morrison, a Southland farmer, said sheep and beef farmers were increasingly concerned at the speed and scale of government-led reforms.

"We are hearing that a key factor behind the fall in confidence is the Government’s recent essential freshwater rules, but also concerns about the cumulative impact of law changes in the last couple of years such as the Zero Carbon Bill and changes to the emissions trading scheme that has led to a surge in the conversion of sheep and beef farms into carbon farms," Mr Morrison said. 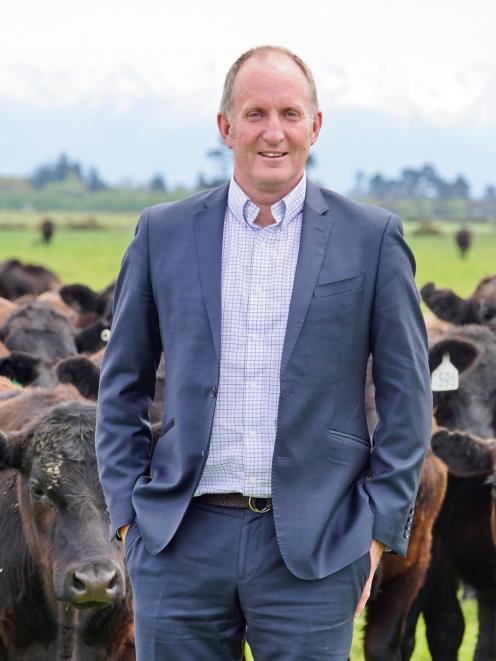 Farmers were also worried about the potential impact of significant policies such as biodiversity, which have been parked until early next year. There were also lingering impacts of drought across parts of the country and uncertainty in export markets as a result of Covid-19.

"Sheep and beef farmers recognise they have a role to play in improving their environmental performance, they have made significant gains in a range of areas in recent years and know there is more to do.

"But farmers are concerned the policy settings in areas such as freshwater and proposals on biodiversity are not workable or practical at a farm level, nor will they necessarily lead to better environmental outcomes.

"We want to work with the incoming government on improving the rules that have already being introduced and then focus on their implementation," he said.

Southland-based rural advocate Olivia Ross said this week’s snowfall in Otago and Southland showed the new cultivation rules could not be met, despite farmers’ best efforts.

Paddocks for winter grazing were to be resown by October 1 — or November 1 if in Otago and Southland — and, with the past month’s weather being worse than winter, that was "totally unrealistic".

Since September 1, parts of Otago and Southland had received between 80mm and 150mm of rain with minimal drying days. In the past few days, the average farm in the region had received 10cm-25cm of snow, bringing extra water to already wet pastures. Heading out on to those wet pastures would cause a raft of detrimental effects, she said.

Meanwhile, Southland Federated Farmers and the Southland Chamber of Commerce have teamed up to organise the Town and

Southland Federated Farmers president Geoffrey Young said the Town and Country Hui was not a protest but a show of unity and of camaraderie.

"The three key messages we’d like to get out to Southlanders are: the best solutions to Southland challenges will be developed in Southland; Southland can balance a healthy economy and healthy freshwater; and cultivation and planting will happen when conditions are appropriate," he said.

It was about uniting town and country to enable people to learn about the implications of the freshwater legislation, how to be resilient as a province, and to celebrate what was already happening.

Running between noon and 2pm at the Gala St Reserve, it would include a panel discussion. Laura Douglas, from The Fairlight Foundation, would speak about mental wellbeing and resilience to address the low morale.

There would be a barbecue, entertainment and child-friendly activities.

It is telling that the simple act of legislating to stop farmers from polluting waterways damages their confidence. That their confidence rests upon the right to destroy the environment at will is a sad indictment on the industry.
I came up against Mark Carden in the CSG war in Queensland a few years ago, his claim to fame is that he wrote the book on soil degradation on the Darling Downs. He explained the importance of his book this way, and I have this on video: He was able to show that the farmers actually know that they are destroying the soil structure with their farming methods, but they also know that it is the most profitable system in the short term.
Stop thinking that farmers do not know what they are doing, they are not innocently destroying the rivers, the are doing it for the money.

These entitled whiners have had a free hand over generations to treat the waterways as their personal sewers. Yes, as Mr Morrison says, farmers have made moves in recent years to start cleaning up their act but let's not forget they haven't done this out of any sense of guilt or feeling for the community at large, Oh No, they've been dragged kicking and screaming all the way and made to do it. Not to mention the tax payer assistance they've received along the way.
Get over yourselves farmers. Accept that your number has come up it's time to pay the piper. So, have a cup of cement, harden up and do the right thing.