Fumigant use research under way at PFR 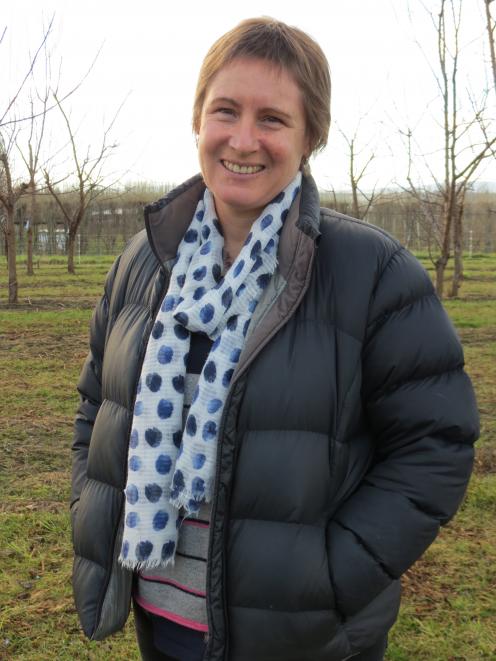 The fumigant was ''generally recognised as safe'' (GRAS) by the US Food and Drug Administration, was fast acting, residue free and acceptable for most export markets.

She said when the research started in 2012, the value of export apricots to New Zealand was expected to reach $24million by 2020, so therefore the control of New Zealand flower thrips and other insects was a high priority and Vapormate met that need.

However, she and the other team members at PFR wanted to find out if it could be used to deal with more tolerant pests such as mealy bugs, mites and leaf rollers.

''Carbaryl used to be the most commonly used method of removing thrips from export crop but it was becoming increasingly unacceptable in key markets.''

Following Sustainable Farming Fund-funded trials in 2012, PFR researchers found Vapormate to be promising when applied to the fruit at 1% concentration for one hour at 15degC.

''It is registered for use with export apricots,'' she said.

Earlier this year, she and her fellow researchers decided to establish trials that used longer durations of the 1% EF treatment.

''We are looking at a 1% ethylformate concentration at 15degC over 1.5 and two and three hours, but first we needed to find out if the longer time lengths would impact fruit quality and appearance.''

The researchers created their own fumigation chamber in a small coolstore at their Earnscleugh site and partially loaded it with apricots to mimic conditions the fruit would undergo when being stored and transported to local and overseas markets.

''We initially tested 1% at 15degC for one, 1.5 and two hours' duration in the coolstore on Sundrop, Cluthagold and Nzsummer2 varieties.

''The fruit was then kept in cool storage for 15 days and then for three days on a shelf to simulate conditions the fruit would be exposed to.

''The fruit firmness [on the samples] was less than expected, but there was no significant difference in increasing duration time of the treatment.''

However, the high temperatures during the growing season meant the fruit was a little bit softer across all the treatments.

There were also low but acceptable levels of blemishes on the fruit.

There was a slightly higher level of damage with the 1.5 and two-hour treatments compared with the one hour treatment and untreated control, but these were still very low and within acceptable damage parameters.

She said the results were encouraging, and further research was needed to assess the effect of the various concentrations and times on the life stages of mites and mealy bugs now they had determined there was little or no effect on the fruit.