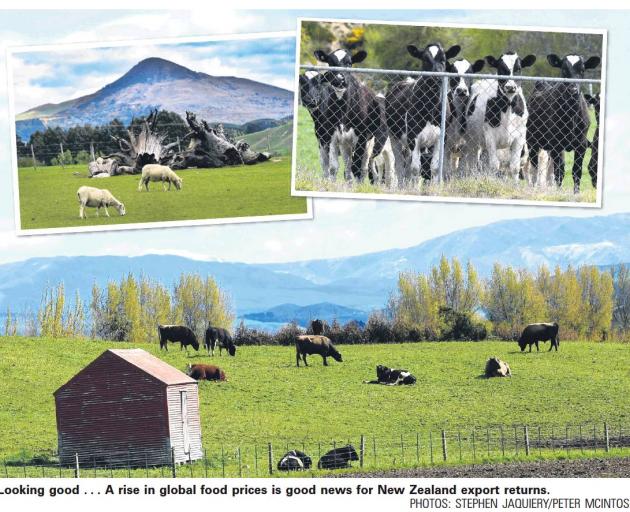 With many commodities in relatively tight supply and ongoing strong demand for food, ANZ was forecasting average farm-gate returns for beef and for sheep meat to be at record levels, the report said.

Dairy markets were also being supported by relatively tight global supplies, but demand was ‘‘a tad soft’’. Prices were holding at relatively high levels.

Farm-gate returns for lamb were expected to reach record levels when averaged across the season, assuming the strength being seen in global markets held up.

Lamb products had continued to lift in price in New Zealand’s international markets, the majority of cuts now returning as much as they did prior to the pandemic.

Some cheaper cuts such as lamb flaps and forequarters, which were typically sold to China, were now worth more than before the pandemic hit.

Some higher-value cuts, such as frenched racks, still had some way to go to get back to previous levels, but demand for those higher-value products was gradually improving as vaccination rates lifted, particularly in the developed world, and confidence to dine out grew. 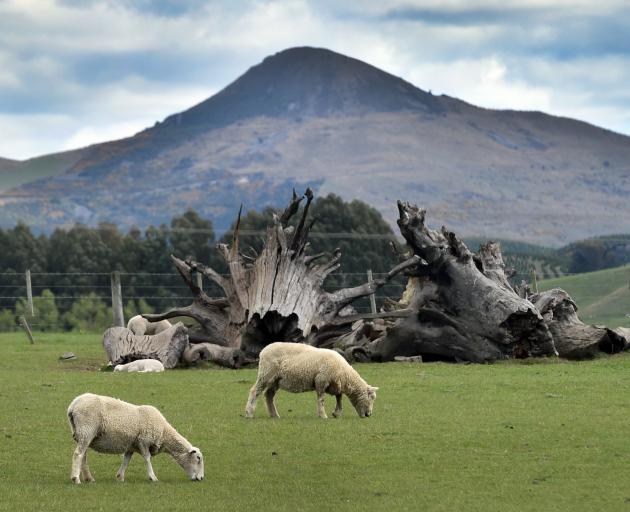 Photo: Peter McIntosh
Looking ahead to the main processing season, the bank expected to see farm-gate prices retreat from their current high levels, but at this point it looked like peak season prices would be stronger than last season and match or even exceed prices achieved in 2018 and 2019.

At this point, it appeared farm-gate prices for the season ahead might be even a tad stronger than those achieved in recent years.

‘‘We are certainly at a stronger starting point, but through the peak processing months prices are expected to be similar to previous years,’’ the report said.

That would put the weighted average price for the 2022 season at about $7.40kg CW which, if achieved, would be a record price.

Mutton prices were at record levels. Looking back, it was not that long ago that mutton was worth just $1kg CW. It was sold mainly to the Pacific Islands and the Middle East.

Now almost all the mutton produced in New Zealand went straight to China, at more than six times the price. The lift in the price of mutton had provided a boost to farm incomes and offset the reduction in wool returns.

The recent surge in coarse wool prices was relatively short-lived and prices were now trending down again, the report said.

Congestion in supply chains caused by shipping delays was one of the reasons given for the reduction in immediate demand. Asian buyer appetite was weaker than it was a few months ago.

The finer grades of wool being offered at the South Island sales were still in relatively high demand. European buyers had been keen to pick up quality offerings of fine wools. That had pushed the price of low-micron wools back towards the high levels last seen about three years ago.

Looking forward, there were plenty of initiatives on the go that aimed to boost returns for coarse wool. For now, it was ‘‘just a waiting game’’ for one or other of those initiatives to really start to deliver.

Beef prices were on the rise as tight global beef supplies were not meeting consumer demand. That situation was unlikely to change, meaning average farm-gate returns for the year ahead were likely to be higher than normal.

China’s demand for beef had grown ‘‘massively’’ in recent years. That demand might ease a little over the next six months due to increased pork supply, but Chinese consumption of beef was certainly increasing.

If farm-gate prices for steers and bulls did not fall below $5.50kg CW, there could be record average farm-gate returns for beef this year.

Farm-gate venison prices were about 21% lower than the five-year average. Returns had improved but remained much too low to provide a sustainable return to producers.

Market demand had been severely hampered by reduced demand from the food service sector. Hopefully, that demand might improve a little this year, but economies remained fragile in major European markets.

Sales of chilled venison to those markets had kicked off for the new season. That market typically provided the most lucrative returns to producers and exporters had their fingers crossed for a successful season.

That would put pressure on households and the economy in general. As a larger proportion of discretionary income was used up on heating bills, that would leave less money for high-end dining. Therefore it might continue to be a very challenging market for high-value products such as venison.

Some New Zealand venison exporters had been increasing their direct sales to consumers to offset the loss of sales via the food service channel. Selling direct to consumers via retail outlets and online brought its own set of challenges.

It was difficult to consistently supply fresh product to overseas markets when the global shipping delivery dates were so unreliable. Despite those challenges, several companies were making inroads into the US market.

Locally produced feed grains were in very short supply and very little grain was being traded. Strong prices were being achieved for any grain that was trading, while contracted prices for new-season grain were trending up. Global grain supplies were expected to increase this season, but demand was also increasing.