Group aims to branch out 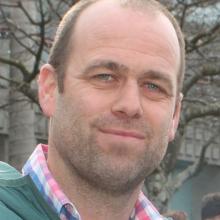 Mr Pemberton is one of the driving forces behind Ag Proud NZ which has been set up to promote positive farming practices and raise awareness of rural people's mental health.

Earlier this month, the group hosted a winter barbecue in the centre of Invercargill to bring together both urban and rural people.

Now, it was hoped it would be rolled out nationally and other main centres would host similar events, including Dunedin, he said.

Mr Pemberton, a Brydone dairy farmer, said it was about promoting the great work the agricultural sector was doing and helping strengthen the bond between town and country.

The initiative started after negative backlash over winter grazing practices in the south; video footage was taken in Southland after what Mr Pemberton believed was the worst storm in 20 years.

Following the Invercargill barbecue, those behind it were keen to keep the momentum going.

Mr Pemberton looked at Ag Proud NZ as a "three-legged stool" - at the forefront was mental health and wellbeing; then there was "celebrating the positives" that come out of farming; and thirdly was the connection between town and country, and strengthening that bond.

The message was not about winter grazing but about standing strong as farmers. It was about winning back the hearts of the town people - "without them, it's hard work", he said.

And it was about all farmers.

Despite it being such a busy time on the farming calendar, Mr Pemberton was incredibly passionate about the initiative, saying it was gaining momentum and they needed to act on that.