Industry shifts from volume to value

The 2019 KPMG Agribusiness Agenda was launched this week at National Fieldays at Mystery Creek, the 10th year it has been published.

In his introduction to the report, Mr Proudfoot said confidence was low despite the progress the industry had made over the last year. 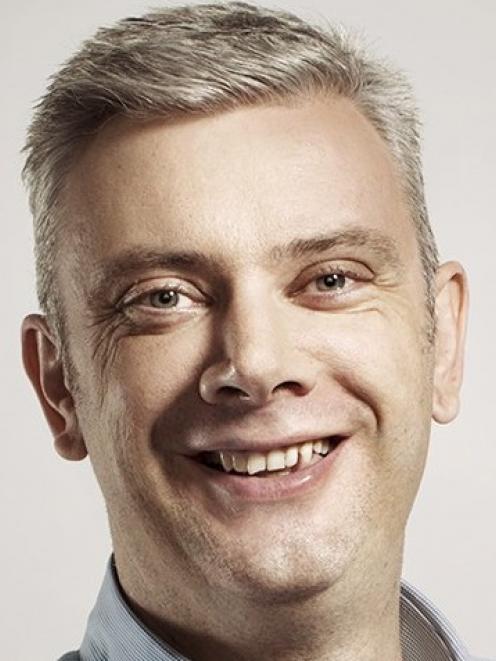 Ian Proudfoot
Efforts to encourage farmers and growers to celebrate their role as food producers had not fallen on deaf ears but the positive messages had, on occasion, been "drowned out by a chorus of criticism'', most of which had been unbalanced, he said.

"If you have been told for years that you are the past, that you are bad for the environment, that you underpay your labour, even if you know these claims to be inherently wrong, many end up believing them. It is this long-term erosion of confidence that needs to be reversed.''

In a world where change was unrelenting, there was always more to be done. However, it should never be overlooked that much had already been done, he said.

Everybody connected with the industry should be incredibly proud of the progress that had been made over the last decade.

Recognising publicly and proudly the contribution that New Zealand's food and fibre producers made to the economy would offer a strong message of support to those who had found themselves farming in a fishbowl in recent years.

"Their efforts are valued and appreciated by the wider community,'' he said.

"The industry's performance in respect of the environment, animal welfare, water, labour and other similar matters were not things to discuss publicly as being open on challenges would, it was perceived, be used against producers in their quest to secure more volume.

"We were not sure the industry was ready for an independent assessment of its opportunities and challenges but decided to give it a go and the rest, as they say, is history.''

New Zealand was a very different country today. While commodity prices remained closely correlated with export returns, that broad generalisation failed to acknowledge the significant effort, innovation and investment that had been made in shifting the industry from volume to a value lens.

Having reviewed the agenda's "back catalogue'', it became apparent that real and measurable progress had been made in transforming the industry in many ways over the last decade.

"There is no question that we add more value to our products today than we did 10 years ago through the increased sophistication of processing systems, the formats that our products are delivered to customers in, the brand stories told and the people we surround the product with.

"We are much clearer on our place in the world. We recognise, that given cost structures and the expectations of the community over the use of the natural environment, that our place in the global food system is supplying premium products to the most discerning consumers around the world,'' Mr Proudfoot said.

"Huge strides'' had been taken in understanding that the use of the land and water in New Zealand was a privilege the wider community granted to producers, rather than an irrefutable right to farm that was passed from father to son.

"Our contributors today recognise that the privilege is one that needs to be treasured rather than taken for granted and, more importantly, that it comes with an obligation to ensure that our natural capital is handed on to the next generation in a better state than it was received from the previous generation.

"We believe that most in the industry now recognise that land is borrowed from our children rather than inherited from our parents.''

From KPMG's perspective, one of the biggest changes across the industry had been the progress in building strong connections between leaders and influencers, which were starting to foster a wide range of innovative collaboration.

The industry had also made progress in lifting the perspective of some participants beyond the farm or orchard gate to help them understand they were an integral part of a value chain that ultimately provided a food or fibre product to a consumer somewhere in the world.

While much remained to be done in fully connecting every producer to their consumers, encouraging them to think of themselves as food producers was an important first step.

That forced farmers and growers to think more carefully about what they were producing and why and the care that needed to be taken.

In his foreword, Agriculture Minister Damien O'Connor said the food and fibre sector was in a very strong economic position.

Forecast growth for the sector was 7% for 2019, stemming from continued innovations, developments and exporting of high-value products.

Each sector had its own challenges and opportunities. What was needed was a shared vision and he set up the Primary Sector Council last year to do that, he said.

It was not an easy task to bring together traditionally fragmented industries to support common outcomes and objectives.

The council was engaging industry on its draft vision and he expected a final version to be presented later this year.