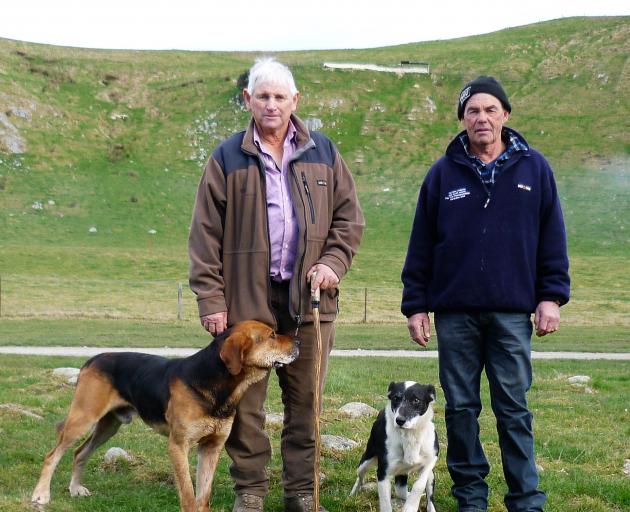 The day turned from a ''rugged-up'' winter's morning to a balmy northwest afternoon.

The Canterbury Centre is one of the largest centres in New Zealand,comprising 18 club trials stretching from Cheviot in the north to Mackenzie in the east and Levels (Timaru area) in the south, encompassing all areas in between.

In its 25th year of competition, the trial attracted a strong gallery of spectators and team supporters from throughout the province, testament to the strength and popularity of the sport.

The Hilton-Gapes-Geraldine clubs again hosted the event after club members Steve Blanchard, with Spike, and John Walls, with Nate, retained the shield at Waihi last year.

The hosting clubs put on a great day. The sheep had been well worked by Donald Reith and his band of merry men, giving all competitors a fair crack.

All 10 teams competed for the shield this year, each team comprising the top points header and huntaway from their club and sister club trial during the 2018 season. Levels at the southern end and Cheviot at the northern end of Canterbury have no sister club.

The top three huntaways were Graeme Phillips and Izzy on 98, Wendy Dalziel and Plod on 96.5, and Bruce Westgarth and Blair on 96 points.

However, with the aggregate of the heading and huntaway points combined, the top three teams to run off were Geraldine-Hilton-Gapes on 187, and Tai Tapu-Banks Peninsula and Levels, both on 186.5.

All scores were zeroed. The teams ran their huntaways through first, putting the pressure back on the heading finalists to seal the deal with their runs.

Finishing on top was Tai Tapu-Banks Peninsula with 191.5 points, half a point ahead of Levels on 191. Hilton-Gapes-Geraldine was third with 151 points.

Canterbury Centre president Hugh Macintosh congratulated Andy Clark and Peter Kidd on their win, and gave thanks to all who made the day successful.