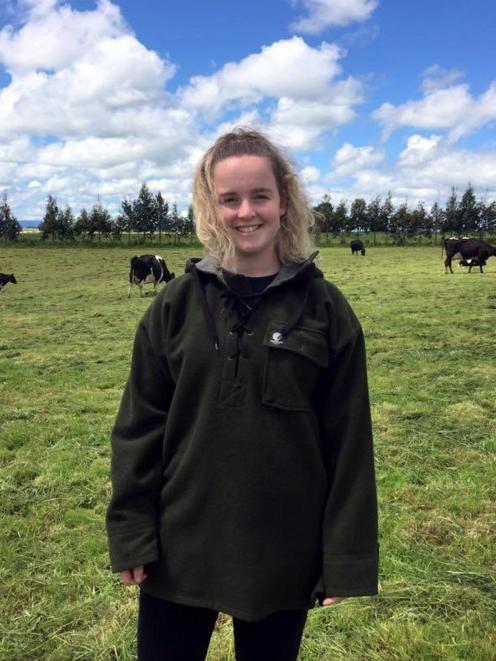 Mckenzie (17), a year 13 pupil at Southland Girls’ High School, is chairwoman of the school’s TeenAg club.

TeenAg — which comes under the umbrella of New Zealand Young Farmers — is aimed  at introducing and promoting a positive picture of agriculture and agricultural careers to pupils from an early age. The club has organised an AgriKidsNZ competition at Southland Girls’ High School on Thursday, for years 7-8 pupils, and team numbers have more than doubled from last year.

"Last year was the first time we held the event. Teachers told us the girls were buzzing afterwards, so they encouraged us to do it again," Mckenzie said.

Ten teams of three took part last year, and 24 have registered for this week’s event —  a "step up" which she attributed to more advertising. The girls would tackle eight modules, putting their tastebuds and general knowledge to the test.

"Competitors will have to identify different varieties of apples, correctly erect a temporary electric fence and there will be blindfolded taste tests," she said.

The aim of the event was to encourage younger pupils to consider a career in the primary industries.  The club also wanted to show that they did not have to be from farms to join the TeenAg club.

Mckenzie comes from a dairy farm at Gorge Rd where her father and brother milk 380 cows. Originally from the Waikato, the family shifted south in 2005.

Mckenzie had always been interested in farming — "it’s what I’ve grown up with" — and she intended to study for a bachelor of commerce (agriculture) degree at Lincoln University next year.

At this stage, she was unsure as to she wanted to do after graduation but it would involve the primary industries in some way, she said.

Mckenzie was one of 170 pupils from throughout New Zealand taking part in a leadership course run by NZ Young Farmers and funded by the Red Meat Profit Partnership.The Leadership Pathway Programme is a collection of five learning modules for TeenAg members.

It was developed to identify emerging leaders and ensure they were entering career pathways in the primary industries.

The modules focus on membership, fundraising, sponsorship, events and running an annual meeting.

Mckenzie did it last year as well and found it very beneficial, particularly in her role of club chairwoman, she said.

During the year, there had been various guest speakers who had shown club members the opportunities for women in the primary industries.

Mckenzie was keen to continue her involvement with Young Farmers when she left school. Earlier this year, she was a waitress at the FMG Young Farmer of the Year grand final in Invercargill, and being part of organising the event was something she was keen to do in the future.